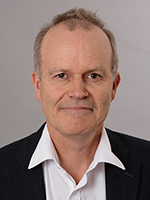 My main areas of supervision are as follows:

Tore Rem is the author of several nonfiction books and is known especially for his critically acclaimed biography of Jens Bjørneboe.

His books include Dickens, Melodrama and the Parodic Imagination (2002), Forfatterens strategier. Alexander Kielland og hans krets (2002), Bokhistorie (2003), Henry Gibson/Henrik Ibsen (2006), Jens Bjørneboe. Brev i utvalg (2006), in addition to other books and a large amount of articles and essays.

As an Ibsen scolar Rem is general editor of the Penguin Classics edition of Ibsen and the author of many articles on Ibsen’s English-language reception.

Bibliography and more about the author Tore Rem  (In Norwegian)