How can we put knowledge to use?

'Research is an investment in our future’ according to the European Research Council. 'That’s only true if you know what to do with the research', says Professor Nancy Cartwright, who will give the first CPS annual lecture on 2. December. 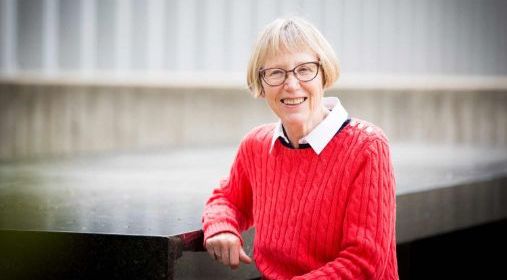 She studies how to use research to build better social policies - ones that are more fair and more reliable - and how to deliberate about them.

Professor Cartwright is one of the world's leading philosophers of science. A central aspect of her research concerns connections between objectivity, evidence and how use science to effect change.

In one of her current projects she investigates how to use social science to build better social policies and to attack specific social challenges.

She applies her philosophical approach to a broad spectrum of cases: she uses philosophy to investigate how to use scientific knowledge in areas of child welfare, HIV policies, mental health, health economies, occupational health, and climate change.

These are some of the questions Professor Cartwright addresses.

Her annual lecture entitled “Evidence and the Demands of Rigor” is specifically concerned with the demands for rigor when scientific knowledge is used in society. What makes some facts good evidence for a given hypothesis? Why does rigor matter?

The world is full of facts. What singles out some as evidence – good, scientific evidence – for a given hypothesis and others not, as something that speaks for the hypothesis, however loudly? Where rigor matters – as it should across the natural, social and human sciences and the policies they can inform – I urge the argument theory of evidence. This theory makes two demands. First, the hypothesis itself must be clearly and explicitly stated. This might seem beneath mention in scientific contexts, but it is too often ignored. Second, the additional premises that it would take for the putative evidence to clinch the hypothesis should be explicit.  Exactly what these are matters since the degree of support the evidence provides is no stronger than their joint probability. This too is often ignored. I will illustrate first with a physics example then in detail with what is now taken to be gold standard in rigor for evidencing causal claims in the human sciences, randomized controlled trial (RCTs). Here all too often in both serious science and policy contexts, rigor gives out, and way too soon.

Nancy Cartwright is Professor of Philosophy at Durham University and a Distinguished Professor at the University of California, San Diego (UCSD). She is co-director of the Centre for Humanities Engaging Science and Society (CHESS) and a project leader at The Centre for Philosophy of Natural and Social Science (CPNSS).

In the first half of her career at Stanford University Prof. Cartwright specialised in the philosophy of the natural sciences, especially physics; in the second half, at the London School of Economics and now Durham and UCSD, she has specialised in philosophy and methodology of the social sciences with special attention to economics. Her current research focuses on objectivity and evidence, especially for evidence-based policy (supported by an ERC advanced grant “Knowledge for Use”)

E-mail this page
Responsible for this page