Annual Lecture 2022: Stefan Collini – "Beauty and the footnote: the place of 'literature' as an academic discipline"

This year's Annual Lecture will be held by Stefan Collini. 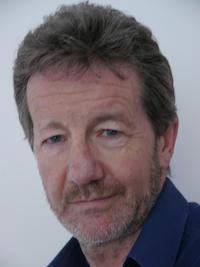 In the course of the nineteenth and twentieth centuries, universities expanded to include a wide range of what came to be regarded as academic ‘disciplines’.

The study of literature was eventually to become one of the biggest and most popular of these subjects, yet it was in some ways an awkward fit: not obviously susceptible to the ‘scientific’ treatment considered the hallmark of a scholarly discipline, it aroused a kind of existential commitment in many of those who taught and studied it.

This lecture explores some of the ways in which these tensions worked themselves out in the last two hundred years, focusing on the peculiar prominence, but also instability, of high-toned justifications offered for this form of study.

In so doing, it touches on larger questions about the changing character of universities, the peculiar cultural standing of ‘literature’, and the conflicting social expectations that societies have entertained towards higher education and specialized scholarship.

Collini's lecture was postponed from 2020 due to the Covid-19 pandemic.

Stefan Collini is Professor Emeritus of Intellectual History and English Literature at Cambridge University, and a Fellow of the British Academy. He is the author of, among other books, Public Moralists (1991), Matthew Arnold: a Critical Portrait (1994), English Pasts: Essays in History and Culture (1999), Absent Minds: Intellectuals in Britain (2006), Common Reading: Critics, Historians, Publics (2008), Common Writing: Literary Culture and Public Debate (2016), and, most recently, The Nostalgic Imagination: History in English Criticism (2019).

He is also a frequent contributor to The London Review of Books, The Times Literary Supplement, The Guardian, The Nation, and other publications. In addition, he has contributed to international debates about higher education, principally through his 2012 book What Are Universities For? and its sequel Speaking of Universities (2017).