The annual lecture invites guest authors, literary researchers and thinkers in the field of Literature, Cognition and Emotions to hold an open talk at the University of Oslo. 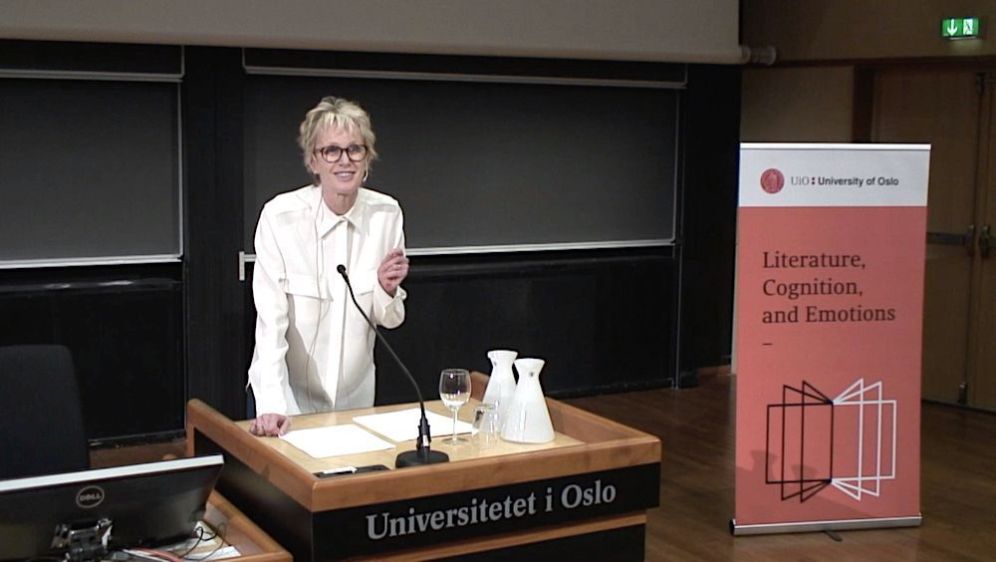 Annual Lecture 2022: Stefan Collini – 'Beauty and the footnote: the place of "literature" as an academic discipline'

This year's Annual Lecture will be held by Stefan Collini.

In the course of the nineteenth and twentieth centuries, universities expanded to include a wide range of what came to be regarded as academic ‘disciplines’.  The study of literature was eventually to become one of the biggest and most popular of these subjects, yet it was in some ways an awkward fit: not obviously susceptible to the ‘scientific’ treatment considered the hallmark of a scholarly discipline, it aroused a kind of existential commitment in many of those who taught and studied it. This lecture explores some of the ways in which these tensions worked themselves out in the last two hundred years, focusing on the peculiar prominence, but also instability, of high-toned justifications offered for this form of study. In so doing, it touches on larger questions about the changing character of universities, the peculiar cultural standing of ‘literature’, and the conflicting social expectations that societies have entertained towards higher education and specialized scholarship.

Collini's lecture was postponed from 2020 due to the Covid-19 pandemic.

Stefan Collini is Professor Emeritus of Intellectual History and English Literature at Cambridge University, and a Fellow of the British Academy. He is the author of, among other books, Public Moralists (1991), Matthew Arnold: a Critical Portrait (1994), English Pasts: Essays in History and Culture (1999), Absent Minds: Intellectuals in Britain (2006), Common Reading: Critics, Historians, Publics (2008), Common Writing: Literary Culture and Public Debate (2016), and, most recently, The Nostalgic Imagination: History in English Criticism (2019). He is also a frequent contributor to The London Review of Books, The Times Literary Supplement, The Guardian, The Nation, and other publications. In addition, he has contributed to international debates about higher education, principally through his 2012 book What Are Universities For? and its sequel Speaking of Universities (2017).

Siri Hustvedt, renowned author of novels, poems, essays as well as non-fiction, used her own mother and Jane Austen as starting point for a discussion of the cognitive sciences and the workings of the mind in a lecture entitled “Poetic Logic”.

“Poetic Logic” opens with a story about Hustvedt's mother’s vivid recollection of a passage from Austen’s Persuasion despite the fact that she is suffering from dementia. Her mother’s failing memory and the Austen text serve to ground Hustvedt's discussion of cognitive science, memory and emotion and the mind/body bifurcation of first generation theory in CCTM as well as the complexities and disagreements of second generation embodied theory. The foci here are on emotion and consolidation, mental space in comprehension of literature, and the development of intersubjectivity as crucial to understanding cognition. Poetic logic is borrowed from Vico, the anti-Cartesian, who is discussed, as are ancient spatial memory systems, neuroscience findings, but always returning to her mother as reader and the Austen text.

Siri Hustvedt is the author of a book of poems, four collections of essays, seven novels, and several works of nonfiction. In 2012 she was awarded the International Gabarron Prize for Thought and Humanities. Her novel The Blazing World was longlisted for the Man Booker Prize and won the Los Angeles Book Prize for Fiction 2014. Hustvedt has a PhD in English from Columbia University and is a lecturer in psychiatry at the Dewitt Wallace Institute for the History of Psychiatry in the Psychiatry Department of Weill Medical College of Cornell University. Her work has been translated into over thirty languages.