What do the students say about LCE?

All literature students probably ask themselves this question: Why do I read? Why and how does literature affect me? In courses offered by the LCE study programme, we aim to  illuminate reading experiences through cognitive approaches and to provide insights into how literary texts are built to actually affect our thoughts and feelings. 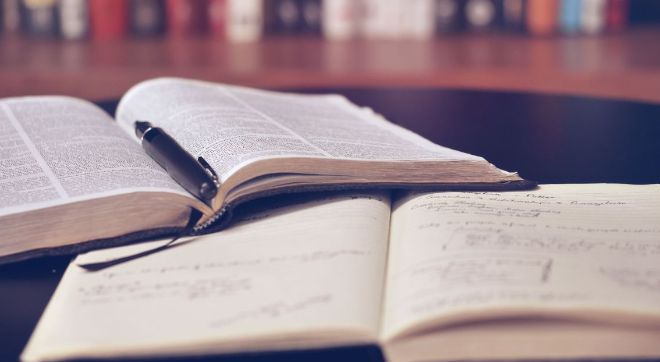 For this article, we have asked a couple of students following one or more of LCE´s courses about their expectations and learning experience. Why did they choose LCE´s courses, what do they take from them, and what have they learned about literature, cognition, and emotions?

The collaboration between literary studies and psychology means that LCE offers a wide range of courses in different disciplines. In previous courses, the students, as an example, have had the opportunity to immerse themselves in cognitive poetics or issues related to canonization, quality, gender, race, translation, globalization and post colonialism.

Exchange of opinions and new perspectives

"This semester I have followed the course World Literature," says June Izabele Adomaityte. She is studying Nordic Literature and will soon start her master´s thesis.

June says that what made the biggest impression on her was the seminar format: "Every time we read a new novel, Alexandre [Effe] started the seminar with a name call, and everyone had to tell what they thought about the novel. As simple as that - what we thought of the novel." June further explains how the roll call allowed everyone to share their experiences and first meeting with the texts: “It was interesting and productive to hear. I found out how different opinions we have about the text. It was very rewarding for me personally.”

In one of the seminars, the class discussed Teju Cole´s novel Everything is for the Thief. June explains that during the course she learned that the novel is characterized by a multimodal, hybrid form and can be seen as a mix of different genres, but also a new way to approach such multimodal forms. "Alexandra asked each of us to tell what we thought of the text. It became clear that we had very different opinions when it came to the use of photographs in a novel," June says: "I now think that it may be easier to express feelings when it comes to non-verbal art expressions such as visual art and photography, than when it comes to literature. Literature must first and foremost be understood, while non-verbal art must be experienced with the whole body,” she clarifies and then continues: “But it is not that simple. Literature can, and should, and is experienced with the whole body. That's why most people, even outside academia, read it.” June's experience is a good example of how several of LCE's courses focus on the way in which the reader is also physically involved in the encounter with literature and how this can change our view on ourselves.

June states that there was one thing she found very positive in this seminar, which she wishes occurred more often in other courses, namely, the simple question: What do you think of the book? "I wish there was more room to admit that you may not fully understand what you are reading, the value of the book, or that you thought it was boring to read." Through this course, June learned that when you share your experiences with others, it is possible to change other people's opinions, but also your own: "And if not change, at least you may understand why we have different views."

Next semester, June plans to write a master´s thesis on the dissemination of literature to immigrants. She would like to find out what immigrants themselves think about the literature that is given to them. "This has to do with the reading experience and the understanding of what one vs. others find interesting to read from their own unique point of view", she explains. The idea to do research on the relations between literature and the mind was new to June, she says: "I did not know about this until Alexandra talked about it. I am very grateful for this because I think it is an important and overlooked area of research in literary studies", June concludes.

Another student who has followed LCE´s courses is Oda Norén. She took the literary specialization course The Novel: Origins and Development of an Experimental Genre in the Ling 18th Century and Beyond.

“From the course, I gained a new and refreshing perspective on literary studies,” Oda says." I learned new methods for looking into the text, where the reader's perspective helped to strengthen the interpretation of the textual.” She further explains how the discussion about the significance of the narrative stance made an impression on her: “I got a deeper understanding of the novel genre as a temporary and experimental literary format, and what has made it the dominant genre it is today.” At the same time, Oda defines, it was nice to discuss established historical explanations for why the novel arose as a genre, while she was introduced to a more psychologizing and cognitive perspective. “This was something that gave new perspectives on old 'truths',” she says. The result was that Oda got a more holistic perspective on the novel as a genre; not only from a historical and text-oriented perspective. It also created the opportunity for a more interdisciplinary approach to literature, which also includes recognizing the importance of human thought and feelings,” she explains.

"There is something fundamental about this; to take the study of literature back to why we read in the first place”, Oda says: “We read because it affects and touches us, not only intellectually and rationally, but also emotionally and physically.” Oda further explains that she has come to understand that analyzing the facts and readerly intuition do not necessarily exclude one another. Indeed, they work together, because we as human beings think along the lines of either-or, as well as both-and: “Allowing this complexity gives an opportunity to interact with text in new ways.”

Before we start talking about Oda´s upcoming master´s thesis, she tells about what made the biggest impression on her during the course: “The versatile work with various novels, but especially Jane Austen's Emma, ​​gave me a feeling of renewed commitment to literary studies.” It is also this enthusiasm and the literary work she will continue with in her own master's thesis. “I will write about what happens to the story when you move the interpreter's interest from the main character to the supporting characters in the text, based on Emma by Jane Austen and Jane Eyre by Charlotte Brontë”, Oda explains: “I believe that text does not necessarily have one specific meaning waiting to be revealed, but rather that any formation of meaning in literature occur in the collaboration between text and reader; in this way, it is possible to constantly extract new opinions and insights - even in well-established, classic works”, she says. One of the things Oda especially takes from LCE's courses is the knowledge of cognitive literary theory: “In my work with secondary characters, cognitive literary theory, including narrative sympathy, can be a way to clarify who has the authority to express themselves in the text, and what that means for the reader's experience of the story.”

By Pernille Høegh
E-mail this page