How does the Anthropocene manifest in the organosphere? Marco Armiero presents the Guerrilla Narrative project Toxic Bios, a counter-hegemonic exercise aiming to dismantle the Toxic Narratives of the Anthropocene while prefiguring alternative socio-ecological politics. 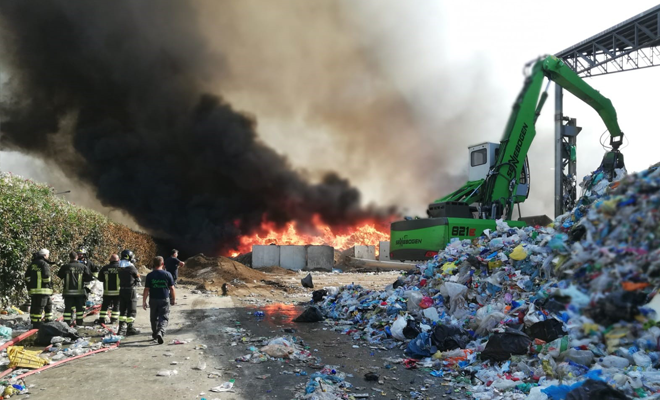 Humans may live in the Anthropocene, but this does not affect all of them in the same way. How would the Anthropocene look if, instead of searching its traces in the geosphere, researchers would look for them in the organosphere, in the ecologies of humans in their entanglements with the environment?

Strata of toxics have sedimented into the human (and more than human) body, arriving, according to the most recent studies in epigenetics, to be inscribed into the genetic memory.  Perhaps, looking at this embodied stratigraphy of power and toxicity, more than the Anthropocene, we will discover the Wasteocene, the Age of Waste. One might say that the Wasteocene is the true face of the neutral and universal Anthropocene because it reveals the unequal relationships and violence inscribed in the making of the new era. The Wasteocene is about the production of wasted people and places rather than about the production of waste per se. The imposition of wasting relationships on subaltern human and more-than-human communities implies the construction of a toxic ecology made of contaminating substances and narratives. Necrocapitalist wasting relationships are so pervasive because they come together with a hegemonic narrative which does not even allow to see the contamination or speak about it.

But while official accounts have systematically erased any trace of those wasting relationships, another kind of narratives has been written in flesh, blood, and cells. The body becomes the archive of stories without a history, where clues are embedded under the skin. Those bodily stories are connected beyond the individual body, linking humans and more-than-humans in one toxic narrative. As a sophisticated portable device, the body registers what remains invisible in the making of the Wasteocene, but as with every narrative, this bodily one does not only compile symptoms and tropes but it also has a performative character.

The lecture is hosted by the Oslo School of Environmental Humanities and is open for all.

Marco Armiero is Director of the Environmental Humanities Laboratory at the KTH Royal Institute of Technology in Stockholm, Sweden, where he is also Associate Professor of Environmental History. He is the author of A Rugged Nation. Mountains and the Making of Modern Italy (2011, translated into Italian in 2013) and co-editor of several volumes: A History of Environmentalism. Local Struggles, Global Histories (2014); An Environmental history of mass migration (2017); Future Remains. A cabinet of curiosities for the Anthropocene (2017); and Nature and History in Modern Italy (2010).