What if we looked at the deep future as a collaborative multi-species project? This collaboratory brings together people interested in the exploration of deep time using playful storytelling practices like Nordic LARP and other forms of role-play. 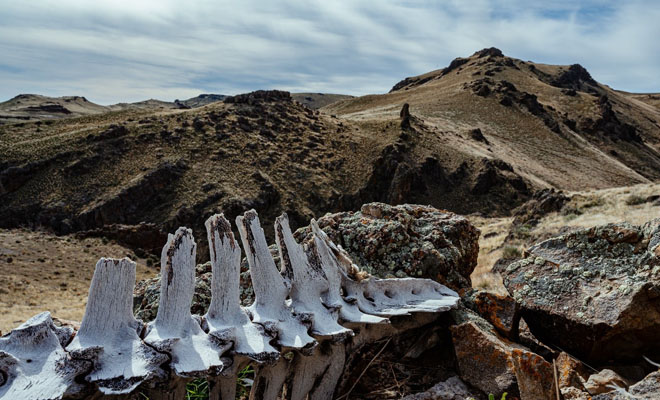 Photo by Brett Sayles from Pexels

This collaboratory ran from the Summer of 2020 to the summer of 2021. For a free download of the role-playing game that was developed as part of the project, called Long Story: a deep time LARP, check out the this link (https://lodbeke.itch.io/long-story-a-deep-time-larp).

A hyper-text called Long Story (short), based on the role-playing game was released as part of an online exhibition called After Progress in 2021. You can check it out here (https://lodbeke.itch.io/long-story-short).

The last couple of years have seen a number of books published that evince a growing fascination with deep time, no doubt caused by the increasing awareness of the entanglement between human history and earth history as a result of climate change. This collaboratory stems from a similar interest in deep time and it asks many of the same questions, questions that speak to the concerns of the environmental humanities more generally: how can we start thinking of the future as a more-than-human project; how can we become better ancestors; and how can we imagine the sustainable futures by which we can pull ourselves out of the mire of the present?
More practically, this collaboratory considers the emotional, ethical, and imaginative challenge of engaging with deep time – which can engender feelings of alienation and indifference. This is why we want to explore how we can design encounters with deep time that evoke a sense of agency and responsibility instead, by leveraging the power of imaginative, social play. We are inspired by the philosophy of the New Games Movement of the late 60s and 70s (and the call for its revival in Pearce et al. 2007) which encourages more collaborative, inclusive, and social play, arguing that such play has the politically subversive potential to reorient people to each other and to the world. Bolstered by a similar optimism we want to explore the practice of LARP as a way to engage with the challenge of deep time, by, among other things, designing one ourselves.

A Brief Introduction to Nordic LARP

LARP stands for live-action role-play. It is an activity that resembles improvisational theatre, but without the audience. LARP is about enacting a story together, and building a collective fantasy which may or may not require costumes, atmospheric locations, and rule-systems. Nordic LARP describes a tradition of LARP prevalent in Norway, Sweden, Finland and Denmark which, although pluriform, has its own particular character. www.nordiclarp.org offers a helpful introduction.

“Steeped in societal traditions of non-profit self-organization in the Nordic countries, larps in the Nordics often are both created and played in a very collaborative way. The starting point usually is that all participants take equal part as players in a game with a shared responsibility for the atmosphere, story and experience. Non-player characters, monsters, and central plots, common in many other larp traditions, are rare.”

In addition, what sets Nordic LARPs apart is their relatively minimal rule-system. Rather, Nordic LARP uses a “workshop” phase as an integral part of the gaming experience to familiarise players with the narrative space, playing style, and consent mechanisms; as well as a “debrief” phase which offers space for reflection after the experience. This makes them exceptionally accessible, thought-provoking events.

This project understands game design and gameplay as forms of creative research practice. Its main goal will be the development of a deep time LARP, as well as the playing of said LARP with different focus groups. A record of these play-sessions will serve to study the usage of ludic and interactive methods of inquiry into the subject of deep time. In addition to organizing play sessions with different groups and in different contexts, the collaboratory will also organize smaller, online events to play existing role-playing games that feature time-related mechanics or narrative premises. We want to play these games in the hopes of learning something from the way they treat themes such as inheritance, decay, and evolution – as well as to kick-start a more general conversation about the value of performative role-play in the environmental humanities.