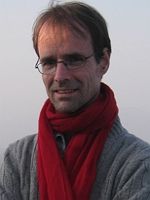 Director Dialogues with the Past - The Nordic Graduate School in Archaeology

I pursued undergraduate studies in archaeology, geology and social anthropology1980-1984, finished my MA-degree in archaeology in 1986 and received the degree of Dr. philos. from the University of Bergen in 1993. I was employed in contract archaeology, cultural resource management, training and research projects from 1986 to 1993. From 1989-1992 I held a research fellowship from the Norwegian Research Council. 1997-99 I collaborated with Lene Melheim and Nils Anfinset in a subproject within the Swedish Norwegian “Rock art in the borderland” project financed by the EU-structure fund (INTERREG II). The aims of our work were investigations of Bronze Age metallurgy at the Iron Age grave site at Hunn in Østfold, Norway. From 1997-2003 I collaborated with Sebastiano Tusa and Kristian Kristiansen in the "The Scandinavian-Sicilian Archaeological Project", and led investigations of the fortified Archaic settlement of Monte Polizzo in Salemi, Trapani, Sicily. This project was continued within the EU-financed "Emergence of European Communities" – a collaborative endeavor between the University of Cambridge, University of Southampton, Consejo Superior de Invesigaciones Cientifícas; Instituto de Estudios Galegos Padre Sarmiento in Spain, the University of Oslo, Matrica Museum, Százhalombatta in Hungary and the University of Gotheburg. More recently I have collaborated with Karl Kallhovd (Museum of Cultural History, Oslo) and Lisbeth Prøsch-Danielsen (Stavanger) on a field project investigating early farms in Lista, southwest Norway, and with Lene Melheim (Museum of Cultural History, Oslo) conducting new investigations in the Skrivarhelleren rock shelter (see: https://www.facebook.com/skrivarhelleren/) and the impact of the Bell Beaker Culture in western Scandinavia. I was member of the editorial board of the Norwegian Archaeological Review from 1996, editor-in-chief 1997-2001.

I was lecturer and associate professor in archaeology at the University of Bergen (1992-96), and moved to the University of Oslo in 1996 where I’ve worked with archaeology at various departments. My research interests include the Neolithic (especially Nordic Late Neolithic and Scandinavian Bell Beaker), Nordic Bronze Age, upland archaeology, early non-ferrous metallurgy, the Late Iron Age in the western Mediterranean, the relationship between science and archaeology, theory and the history of archaeology. I’ve collaborated with Atle Omland and Josephine Munch Rasmussen on investigating looting, the unethical trade in antiquities and the role professionals play in this trade (particularly in the wake of the Norwegian Schøyen case). Recently I’ve also worked with themes concerned with archaeology and globalization, particularly in the wake of migration.

I’ve been involved in university training and research politics, serving on a number of boards and councils, evaluation committees and various positions of academic leadership. In recent years I’ve been strongly involved in researcher training, particularly through the Nordic graduate school in archaeology “Dialogues with the Past”. My practical, scholarly and political interests (science in archaeology, migration, Bell Beaker Culture, early metallurgy, cultural heritage, etc.) have generated a strong appreciation for continental perspectives, interdisciplinary collaboration and international archaeology.

I’ve taught undergraduate courses and supervised on all levels (BA to PhD) particularly in relation to the Neolithic and Bronze Age, theory and disciplinary history and cultural heritage. My research interests have been tied to the Neolithic and Bronze Age, disciplinary history and theory, heritage and globalisation, archaeology and science and mountain archaeology. I’ve also worked with settlement in the Archaic period of the western Mediterranean and questions concerned with the unethical trade in antiquities.