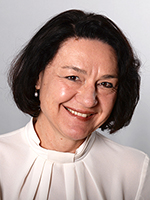 "War and Conflict in the 20th Century"

"The European Way to Modernity. Renaissance in an Historical Perspective (1300-1550)"

"From Marshall-plan to Maastricht. The history of the European Union"

"The third way in Norway. Social-democracy between the Wars in an International Perspective"

Seminars in Theory and Method for students in History

I have a Laurea in Political Philosophy from the University of Turin, Italy (1993). In Oslo since 1994, I worked six years as political analyst at the think-tank Europa-programmet , while teaching in Norwegian universities. I discussed my Ph.D. thesis ‘Starting from the end. Fascist Ideology in Post-War Italy (1945-1953)’ at the Faculty of Humanities in Oslo in 2008. Between 2008 and 2011, I worked as Senior Lecturer/Associate Professor in Modern and Contemporary History and in Italian History both at the University of Oslo and at Vestfold University College. I won a permenent position at the University of Oslo, Dep. of History, in 2011. Since 1994 I have been freelance and independent political analyst and commentator on Italian politics for Norwegian media.