Public defence: When ordinary people made their own public sphere

Master Henrik Olav Mathiesen at the Department of Archaeology, Conservation and History will defend his dissertation The Epistolary Practices of Norwegian Emigrants and the Emergence of a Transatlantic Public Sphere, ca. 1835–1870 for the degree of philosophiae doctor (PhD). 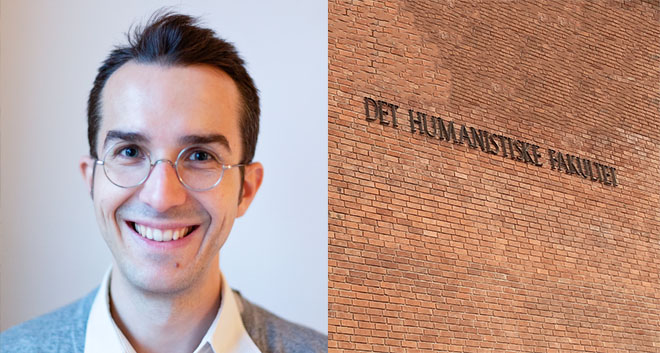 The public sphere is not just an interstitial space between society and the state. It is also something people make. Mathiesen’s dissertation tells the story of how ordinary people in the nineteenth century made their own transatlantic public sphere.

In the years following 1814 all Norwegians could make use of the freedom of the press – but only if they could write, and write well. Consequently, discovering ordinary people’s contributions to newspapers before the 1850s is virtually impossible, with one exception: the letters sent by Norwegian emigrants in America.

‘We have thought it best to reproduce the letter without any changes on our part’, wrote the first editor printing an ‘America letter’, ‘as anyone who is somewhat familiar with how the populace are expressing themselves will easily be able to comprehend it’.

The ‘America letters’ were initially printed to help Norwegian elites understand why people were emigrating. Soon, however, such letters were regarded as valuable newspaper contributions in their own right. Mathiesen has found more than 200 letters printed in Norwegian newspapers. Although many letter writers remained anonymous, it is possible to discern working-class members among them, even women.

Some emigrants realised they could exploit the format of the printed letter to express their opinions about political and social conditions in their old homeland. But notwithstanding the intentions of emigrants, in print their opinions about America were transformed into public utterances often offering criticism of the society emigrants had left.

Whether printed or not, most emigrant letters were directed to a more limited public: the emigrants’ local communities. It was on top of this grassroots communication that a transnational public sphere eventually emerged. As more and more newspapers were being sent in both directions across the Atlantic, these newspapers and the contributions in them reinforced what fundamentally reflected a basic human need: the wish to remain in touch, and perhaps even to be able to see some old friends and relatives again – if only they too could make it across the sea.

Due to limited audience capacity and to facilitate infection tracking, those who wish to attend the defence in person must sign up in advance. It is also possible to follow the defence via livestream.

Designated topic: "The religious aspects of the Norwegian emigration to America in the early 19th Century with special regards to the religiously coded language of emigrants' letters"

Due to limited audience capacity and to facilitate infection tracking, those who wish to attend the trial lecture in person must sign up in advance. It is also possible to follow the trial lecture via livestream.