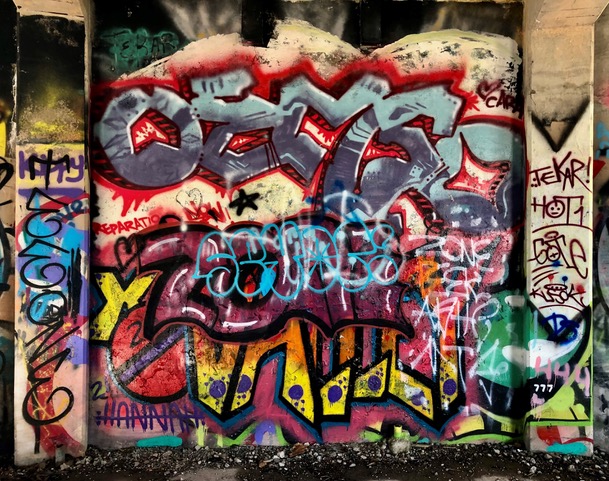 Although graffiti idioms have saturated the popular art market in recent decades, and commissioned works increasingly adorn public spaces, graffiti continues to thrive at the margins, revelling in the transience and anonymity that characterized it in the first place. In St. John’s, at the eastern margin of North America, as much as elsewhere, a rich graffiti discourse emerged in abandoned industrial facilities and military installations that provided all it needed to thrive: vertical walls and freedom from surveillance. Often accompanying graffiti-making, and also embracing the anonymity of concealed or abandoned spaces, the consumption of intoxicants of varying shades of legality and acceptance (outside of the few legitimate settings assigned to them) constitutes a conceptually allied set of bodily practices. Here I examine some contemporary archaeological settings around St. John’s in which graffiti, graffiti-like practices and intoxicants variously intersect, and the sorts of discursive engagements they seem to invite from us.

This spring the seminars make up a series titled Permanent Transience: Heritage, Memory and Forgetting.