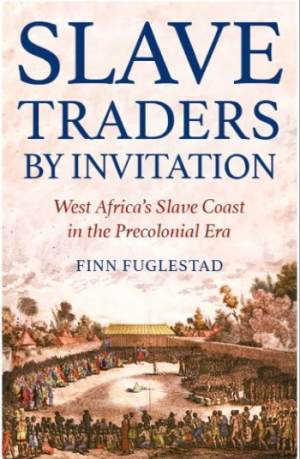 The small Slave Coast between the river Volta and Lagos, and especially its central part around Ouidah, was the epicentre of the slave trade in West Africa. But it was also an inhospitable, surf-ridden coastline, subject to crashing breakers and devoid of permanent human settlement. Nor was it easily accessible from the interior due to a lagoon which ran parallel to the coast. The local inhabitants were not only sheltered against incursions from the sea, but were also locked off from it. Yet, paradoxically, this small coastline witnessed a thriving long-term commercial relationship between Europeans and Africans, based on the trans-Atlantic slave trade. How did it come about? How was it all organized?

Dahomey is usually cited as the Slave Coast's archetypical slave raiding and slave trading polity. An originally inland realm, it was a latecomer to the slave trade, and simply incorporated a pre-existing system by dint of military prowess, which ultimately was to prove radically counterproductive. Dahomey, which never controlled more than half of the region we call the Slave Coast, represented an anomaly in the local setting, an anomaly the author seeks to define and to explain