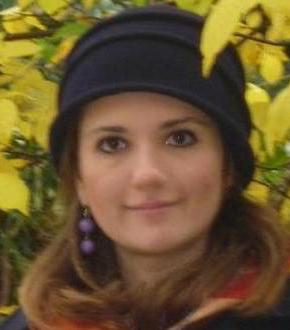 Born and raised in Milan, I first learnt Ancient Greek and Latin at secondary school. I hold a BA in Humanities and an MA in Modern Humanities (Italian and Romance Literature, Linguistics and Philology) from the State University of Milan. After one academic year as an Erasmus student in Grenoble, I moved to Oxford, where I took a D.Phil. in Classical Languages and Literature with specialisation in Classical Reception. My thesis is entitled Classical Reception in Sir Walter Scott's Scottish Novels. The Role of Greece and Rome in the Making of Historic-National Fiction. The work assesses the function of Graeco-Roman intertexts that Walter Scott includes in a selection of his historical fiction, which I interpret as a way to renegotiate the controversial question of Scottish national identity within the framework of the British Empire. Before coming to Oslo, I obtained a lectureship in Comparative Literature at NTNU Trondheim, where I taught for two and a half years. After that, I have joined the Department of Philosophy, Classics, and History of Art and Ideas (IFIKK), where I am currently a Postdoctoral Research Fellow in Classical Reception Studies, within the project "New Signs of Antiquity. The Uses of Latin in the Public Culture of Fascist Italy (1922–1943). My academic monograph Il latino allo specchio. Riflessi dell’antico nel romanzo di Stendhal, is currently under revision for publication (Quodlibet Studio. Lettere. Macerata, Italy).

My academic teaching portfolio spans across three main fields: Classical Languages; General and Comparative Literature; Literary Theory and Criticism. I have taught on these subjects at both undergraduate and graduate level, in the UK and, more recently, Norway.