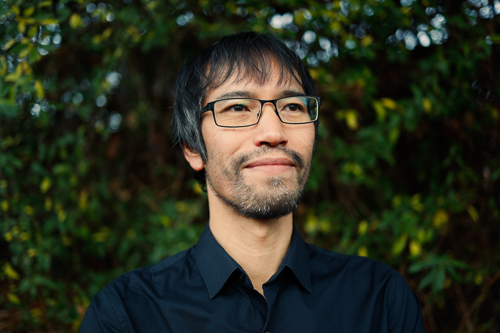 I work on a project titled "The Division of Ethics from Political Philosophy: Kant and Baumgarten on Right, Virtue, and Justice", funded by the European Union's Horizon 2020 research and innovation programme under the Marie Skłodowska-Curie grant agreement No 101027095. It is connected to the project “The Kantian Foundations of Democracy” led by Reidar Kiljan Maliks, an expert in Kant’s political philosophy.

I am among the few in the world to focus on Baumgarten whose works Kant used in his lectures for more than four decades. Since Baumgarten’s influence on the development of Kant’s ethics and political philosophy is uniquely significant, investigating this less known philosopher will allow me to answer the above questions in ways that have not been achieved before. By combining Maliks’s insights into Kant’s contemporaries and successors with my knowledge of Kant’s predecessors, I hope to be an integral part of the thriving Kantian community with a strong contextual method that covers a wide range of pre- and post-Kantian philosophers.

My research is in the field of Immanuel Kant's ethics, with a special focus on Alexander Gottlieb Baumgarten's legacy and a growing interest in Kant's political philosophy.

Since my undergraduate years, I have been fascinated by the enigmatic nature of German philosophers’ texts, especially those by Kant, Hegel, Schelling, and Heidegger. Even merely to understand these texts requires considerable effort and I enjoy this challenge.

One distinctive feature I particularly enjoy in examining Baumgarten is translating his work, Ethica philosophica, which has not been translated before, from Latin into English. Understanding Baumgarten’s texts is uniquely challenging, as he writes in Latin and philosophizes in a different manner from how Kant and post-Kantian philosophers do. I choose to explore Baumgarten also because there has been limited research on this important philosopher.

In line with my Marie Skłodowska-Curie project, I am interested in engaging in contemporary ethical and political issues. In tackling these issues, I consider it an advantage to have immersed myself in the history of early modern German philosophy. For, having equipped myself with the breadth and depth of perspectives that Kantian and early modern German philosophy has to offer, I have a versatile vision from which to offer novel perspectives to solving these issues.

I hold a PhD in Philosophy from Macquarie University, Australia, and a MA in Humanities from Tokyo University of Foreign Studies, Japan. As part of my MA research, I also studied philosophy and cultural sciences (Kulturwissenschaften) at Leipzig University, Germany.