Concepts shape attitudes, that’s why we should improve them 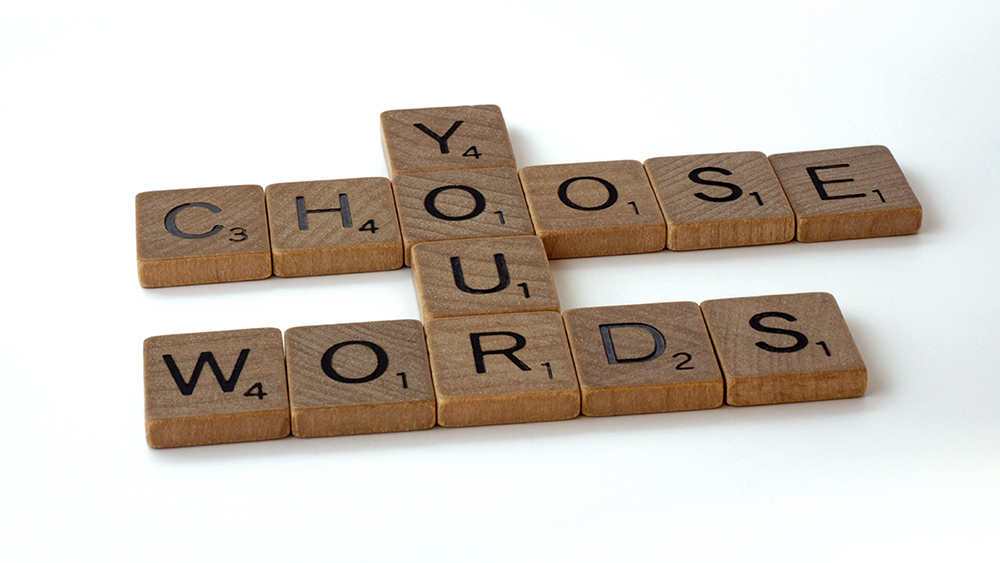 You can make decisions on how to use words, even though it is not necessarily easy, says philosopher Joey Pollock.

“We made the words. Of course we can decide what they mean!”

Joey Pollock is a philosopher of language, and if you tell her that words are just words, or that words have a given and final meaning, this is how she reacts. This is not, and should not be true, according to the philosopher.

“I am interested social and political concepts, and how those concepts are currently involved in oppressive social structures or institutions. Changing the concepts can help to fight oppression for subordinated groups,” she says.

Just consider the words gay, disabled, or even woman or mother. Or as we will get to: marriage. In Pollock’s field of philosophy, these concepts are not neutral or apolitical – they work in society.

Therefore, bettering the world through the improvement of words, and the concepts they express, can be a sensible task to pursue, but as Pollock has discovered in her research: it is deeply intertwined with questions of morality.

“Words are extremely powerful,” says Pollock, and emphasizes how the context decides what effects words might have.

“In the context of law, for example, words can directly impact people's lives in ways that can disadvantage them by, for example, affecting their legal rights.”

Words can also play a part in perpetuating problematic ideologies and in reinforcing oppressive stereotypes.

“Words are not just words, they are tools for thinking about things. Words and concepts affect how we think about other people. So, we should be careful with the words that we use, and we should scrutinize their meanings.”

What we can also do, is to change the meaning of words and concepts. This is what philosophers call “conceptual engineering”.

“Some will say it's just not a thing you can do, because they believe words already have a meaning and that we shouldn’t start using them in a different way.”

Conceptual engineering rejects that sort of argument. Pollock points to the fact that language was created throughout specific periods, and as a society, we have chosen to leave problematic laws and attitudes behind.

“One thing that philosophers working on conceptual engineering have pointed out is that, when you learn a language, you often accept words like a hand-me-down or an artifact from previous generations. They often reflect all kinds of problems within the society in which they were created, and so it makes perfect sense that we should scrutinize them and try to make them better.”

Conceptual engineering is often the work of those marginalized by the concepts in question. Pollock finds many examples in activist communities, such as LGBT+ communities, that have long suffered oppression and bad attitudes.

“It's not just about changing words, but also about shifting thought processes, biases and stereotypes.”

If you look at language history, many words become outdated and new words appear. This does not happen on its own: it happens because people start using language differently.

“One of the ways it's very natural for language to change is for people to deliberately change it,” says Pollock.

You can advocate the bettering of a concept in lots of ways – for example, through word of mouth, writing articles for a paper, through YouTube videos or charity campaigns. Pollock believes a successful conceptual engineering project often benefits from the support of allies, such as academics, activists, or charities that have money and influence. However, anyone can be a conceptual engineer.

“It is a matter of interactions between individuals that add up to a big difference in group behavior. At first, you will be telling people to use words in a way that is different from their dictionary meaning. You need to explain why this is what we should be doing, hoping that eventually, the dictionary definition will follow suit. Eventually there will be enough of a critical mass of language users that make the change, that it will just become standard.”

Marriage is no longer a heteronormative concept

One of the concepts that has undergone a significant change is the word “marriage”. It used to signify a matrimony between heterosexual couples.

“This is a central example of how the words we use and the concepts we possess, very directly impact people's lives through law. Laws involve words that have a special force behind them, because of the institutions that they are a part of. The word marriage plays an important role in changing the relationships between people.”

The concept of marriage has changed drastically, both in legal terms, and in the conceptual vocabularies of individuals. Since marriage equality was granted to same sex couples in the Netherlands in 2001, 29 countries have changed their laws on marriage to be more inclusive.

Pollock draws on the work of philosopher Cheshire Calhoun, when emphasizing that the traditional, heteronormative understanding of marriage not only excludes people from a central institution in society, but also from being treated as equal citizens.

“Part of what contributes to the oppression of the LGBT+ community is that the exclusion from the institution of marriage is accompanied by certain attitudes. According to Calhoun, if you are not seen as eligible for marriage, you are also perceived as a less essential citizen,” she says.

That is why the formal meaning of the word needs to change in parallel with a moral change: A change in attitude.

“When it comes to overcoming problematic ideology, a lot more has to change than just the meaning of particular words. You need to understand what was problematic about it, and you need to be motivated by a desire to achieve social equality.”

“Our languages are often very similar. But what we mean by expressions depends on factors like how we've been brought up and what experiences we've had. There might be a lot of overlap, but it's never going to be exactly the same.”

How is it possible to communicate if there is no such thing as a shared language? According to Pollock, we can never really be certain what is going on in communication.

“We never think exactly the same thing as someone else. Actually, we often miscommunicate, maybe more than we realize. If we pay more attention to the differences in the ways people understand the same words, we might understand why we end up in disagreements with people, even though it looks like we're talking about the same thing.”

Better concepts for a better society

The different views on language affect how you understand conceptual engineering. Pollock adheres to a bottom-up approach: individuals can change public language.

“In my view, it's about making decisions about how you will use words. Those decisions will affect the representations in your brain. It is not necessarily easy, especially with moral and political concepts. You can't overcome your biases just by wanting to, but you can work on your brain,” she says.

You can advocate for others to do the same work, and eventually, a larger group, or even the Language Council can adopt the new meaning of words. The reason for this change has to come from the right place, though.

“It is not just about changing what words mean, but about having the inner motivation to improve social equity through better concepts.”