The conference explores the relationship between ethics and political philosophy, considering their separation in the Kantian tradition in its relation to the pre-Kantian prototype.

Deadline for registration for Zoom participation is 31 July 2022 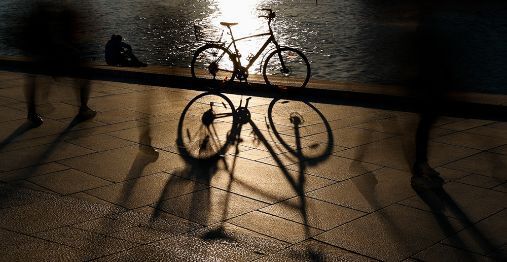 For decades, Kant scholars have debated over the relationship between right and virtue (or political philosophy and ethics, to indicate the corresponding branches of practical philosophy). The debate has resulted in yet unresolved three positions: (1) right has priority over virtue; (2) virtue has priority over right; and (3) they are independent of each other. The conference seeks to shed a fresh light on this debate by combining two methodologies: a detailed analysis of Kant’s and Kantian philosophy; and the history of early modern German philosophy. The early modern German philosophers include, but are not limited to, Gottfried Wilhelm Leibniz (1646–1716), Christian Thomasius (1655–1728), Christian Wolff (1679–1754), Christian August Crusius (1715–1775), Alexander Gottlieb Baumgarten (1714–62), and Moses Mendelssohn (1729–86). In this context, the conference explores the resources of Kantian and early modern German philosophy to scrutinize issues in contemporary practical philosophy, which arise from the tension between ethics and political philosophy. Under the overarching theme of the relationship between right and virtue, the conference will discuss papers on these philosophers, papers on their relation to Kant, and papers that solely draw on Kant.

The conference is a part of the project DEKANT, which has received funding from the European Union’s Horizon 2020 research and innovation programme under the Marie Skłodowska-Curie grant agreement No 101027095. To learn more about this project, please find further information on the project page. The conference also receives financial support from the Norwegian Kant Society.

17:15-18:00 Anna Tomaszewska (Jagiellonian University in Kraków): "Does religion fill the gap between ethics and politics? Kant's conception of the 'visible church'"

11:45-12:30 João Lemos (NOVA University of Lisbon): "Political (Aesth-)Ethics: politeness as an intermediate between right and virtue"

Kant on Right and/or Virtue

16:00-16:45 Chandler Hatch (Ahmedabad University): "The Rousseauvian Derivation of the Universal Principle of Right"

The conference is planned as a physical event, but we will enable participation by zoom as well. A zoom link will be sent to registered online participants prior to the event. Questions can be directed to toshiro.osawa@ifikk.uio.no.