Subproject 4: The Impact of Birgitta after the Council of Trent

In the final subproject we will explore how Birgitta also came to represent a model for Catholic women who wrote in the Counter-Reformation in the late sixteenth and early seventeenth century. 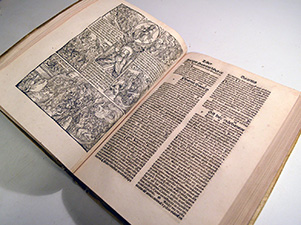 Subprojects 2 and 3 will consider the Renaissance manuscript and publishing history of Birgitta’s works, including the fifteenth-century convent manuscript tradition in both Latin and vernacular, as well as the sixteenth-century published editions. This will be explored alongside an analysis of the Catholic networks in which Colonna and Magnus operated in Rome between 1537 and their respective deaths in 1547 and 1557, in order to reveal the impact of Birgitta’s legacy on Italian women, Catholic reformers, and Swedish exiles in the crucial years before the Council of Trent.

Above all, the project will conduct textual analyses of different literary works that have hitherto never been juxtaposed and compared. How did the various agents acting in Rome and Florence in this period, including Olaus Magnus, contribute to cementing Birgitta’s legacy as a female reformer? What motives and ideas do women such as Lucrezia Tornabuoni and Vittoria Colonna, characterized by their deep political and religious commitment, share with Birgitta? Moreover, how did Birgitta come to represent a model for their later authorial voices?

In the final subproject we will explore how Birgitta also came to represent a model for Catholic women who wrote in the Counter-Reformation in the late sixteenth and early seventeenth century. Renewed interest in Birgitta after the Council of Trent is confirmed by multiple printings of her Revelaciones (in 1606, edited by Consalvo Durante [in Rome]; in Antwerp in 1611; in Cologne and Rome in 1628; in Munich in 1680). During this same period, Girolamo Alle published his popular biography on Birgitta, La vedova svedese (1648).

The myriad ways Birgitta’s texts, fragments and translations of her Revelaciones may have appeared in anthologies and book collections are still to be explored. Likewise, a number of further influential women, including writers and patrons, are worthy of further investigation, both in terms of possible connections to these publications, and to the lasting influence of Birgitta’s legacy. These include the noblewoman Anna Colonna (1601–1658), Maria Maddalena de’ Pazzi (1566–1607), and the Umbrian poet Francesca Turina (1553–1641), whose self-presentation as a pious widow, her dedication of a poem cycle on the rosary to Pope Clement VIII in 1595, and her later tenure as a lady-in-waiting to Lucrezia Tomacelli, the wife of Filippo Colonna, in Rome from 1614–1622, all suggest she would be a rich case worthy of study.