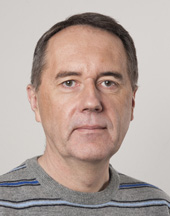 Modern history of the Middle East and North Africa, with a particular focus on the study of religious-political movements. Key regions for own research is Egypt, the GCC countries and Iran.

Not teaching currently (while Head of Department). Tutoring: Modern history of the Middle East and North Africa, Islam and politics.

Since April 2015 I serve as Head of the Department of Culture Studies and Oriental Languages.

I have been Professor of Middle East History since 2010 (Associate Professor since 1996). I finished my doctoral degree in 2000 with a dissertation on the economic discourse of Egyptian Islamists, later a shortened version was published as a book, The Pious Road to Development (see below).

My main field of research has been the contemporary political history of the Middle East and North Africa with a particular focus on Islamist movements and the political role of religion more generally.

I have directed several large research projects, notably the Gulf Research Unit (GRU 2008-2013), which studied political and economic developments in the Gulf region, and until I became Head of Department the New Middle East Project (NewME 2011-2016). A late fruit of the GRU research effort is the recent volume I edited with Kjetil Selvik, Oil States in the New Middle East: Uprisings and Stability (Routledge).

My first experience with the Middle East was as a soldier in the United Nations Interim Force in Lebanon (UNIFIL) November 1978 - November 1979. Since then I have had several longer (and many short) stays in the region, primarily in Egypt and Iran. I was guest researcher at the University of Tehran in the spring of 2003 and at the French research centre CEDEJ (Centre d'Études et de Documentation Économiques, Juridiques et Sociales) in Cairo in the fall of 2010.