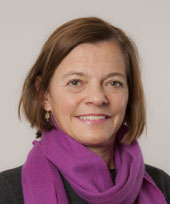 Undergraduate studies in Social Anthropology, History, and Religious Studies at the universities of Bergen and Oslo. Magister Artium thesis: "Tibetan Buddhist Nuns; History, Cultural Norms and Social Reality"; Doctor philos. thesis: The Life on Jetsun Lochen Rinpoche (1865-1951) as Told in Her Autobiography." Associate Professor at the Department of Culture Studies and Oriental Languages from 2003, Professor from 2012. Chair of Network for University Cooperation Tibet-Norway 2003-2010. President of the International Association for Tibetan Studies from 2019.

In addition to Norwegian students, I have tutored sixteen M.phil. students from Tibetan areas in China, Bhutan and Mongolia in Religious Studies/Tibetan Studies. I have also co-supervising several other Tibetan M.phil. students. Nine of my Tibetan students have proceeded with PhD studies in Norway (Oslo), England (Oxford and SOAS) and Minorities Universities in China. For the PhD degree at the University of Oslo, I have tutored seven candidates in Religious Studies/Tibetan Studies, five of them from Tibet. The Network for University-Cooperation Tibet-Norway and the Quota Program have provided scholarships to over one hundred Tibetans studying in different fields in Norwegian universities. Both programs have been financed by the Norwegian Agency for Development Cooperation (NORAD). In 2016 I convened the 14th International Seminar of Tibetan Studies (IATS) at the University of Bergen.