How did people’s experiences and fears of air pollution transform into new visions of sustainability and creative forms of action? 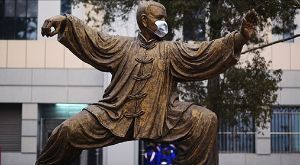 Airborne studied human dimensions of air pollution in China in a historical perspective.

Airborne started from the assumption that people’s experiences and imaginaries of the impact of air pollution are in the process of transforming into entirely new visions of sustainability and creative forms of action in China, the world’s largest energy consuming state.

We explored how political authorities, industry, scientists, population and media interaedct in responding to the inseparable risks of air pollution in China and global climate change.

Airborne was organized in three interdisciplinary cases where sub-studies were carried out in smaller research teams with scholars from the disciplines of anthropology, political science, chemistry, media science, and sinology.

The Interface between Air Pollution Science and People

This case explored Chinese medie discourses and education of air pollution in a historical perspective.

The Class and Gender of Individual Air Pollution Exposure

This case explored if and how gender and social class determine critical differences in levels of exposure to air pollutants, and in people’s ways of making sense of and reacting to pollution.

The project has conducted a historically grounded and future-oriented study into how popular experiences and scientifically produced knowledge of air pollution and climate change lead to new and creative mitigation policies and expectations of sustainable lifestyles in China.

Airborne had funding from:

The project's main partner institution in China was the Institute of Anthropology at Zhejiang University.

Airborne in the media