UiO Faculty of Humanities Department of Culture Studies and Oriental Languages
Main navigation
Back to uio.no
Sub navigation Menu
Research > Research projects > In 2016: How it felt to live in the Arab World five years after the ‘Arab Spring’
Norwegian version of this page

In 2016: How it felt to live in the Arab World five years after the ‘Arab Spring’ (completed)

Much has been written about democracy (or the lack of it), political Islam and violence in the Middle East after the ‘Arab Spring’. But how do these aspects relate to the realities of everyday life in the post-revolutionary Arab world? 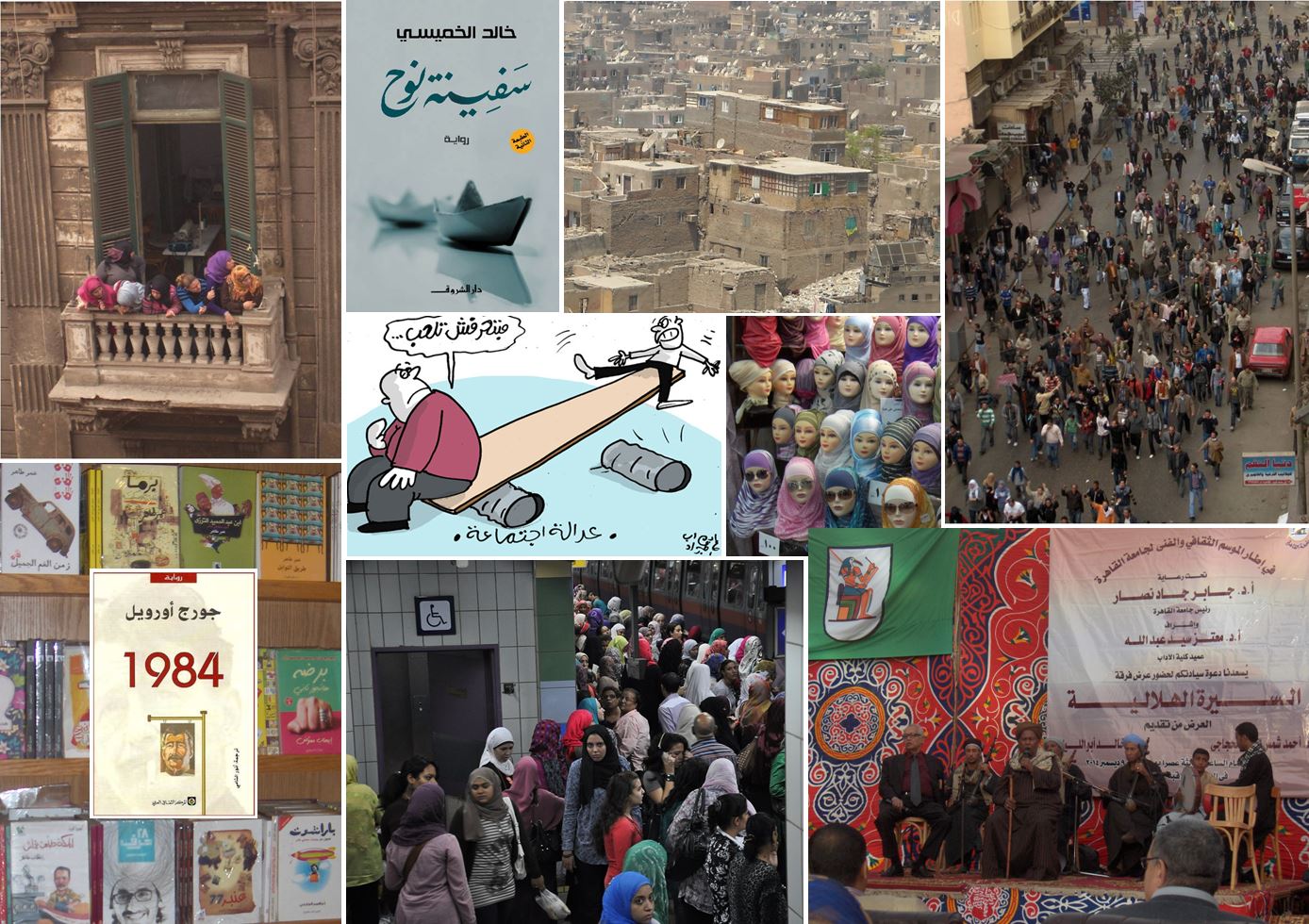 Revolution and post-revolutionary life ► Seamstresses watching on • Noah’s Ark (a novel about emigration) • Housing problems1 • shabâb in the streets • “You're not a good player!” – Social justice (cartoon)2 • hijâb fashion • Side by side: adab sâkhir (satire) and a translation of Orwell’s 1984 • Crowd in the Cairo tube3 • A performance of the Hilâliyya epic — Foto: Stephan Guth (unmarked, collage), 1affordablehousinginstitute.org, 2cairodar.com, 3dailynewsegypt.com (Moh. Omar)

Aren't there many other matters that are much more important to ‘ordinary’ Arabs than the three catchwords of western media coverage; democracy (or the lack of it), political Islam and violence?

The project "In 2016" will provide an ‘encyclopedia of 2016’ that enables users, in a snapshot portrait of one year, to ‘jump right into’ and move around (via cross-references) in post-revolutionary Arab realities; a tool that allows readers to approximate the experience of ‘how it feels’ to live in the Arab World in this period of transition and historic change.

“Bread”, “freedom”, “social justice”, and “human dignity” were the lead slogans of the uprisings. But these are only the chief rallying cries for a myriad of human concerns and daily life experiences that make up the worlds in which Arabs live today: youth unemployment, unaffordable housing, health, education; traffic jams, overcrowded public transport, almost unbearable pollution, electricity and water cuts; news and rumours and politicking; falling in love, getting married, having children; the question of leaving the country; sexual harassment and rape; but also aesthetic surgery, soap operas, movie and music stars, football, Facebook, film festivals, folklore revival, poetry recitals, the emergence of comic books and graphic novels, or a boom of satire.

And there is also an almost incredible continuity in the life of what is often called ‘the silent majority’ - as if the revolutions had been the fancy idea of a spoiled elite of bourgeois youth.

The project took its methodological inspiration from H.U. Gumbrecht’s seminal study "In 1926: Living at the Edge of Time", applying the latter’s one-year snapshot approach to Arab lifeworlds of 2016.

The project focused on two key fields of cultural production where topical issues and ‘the meaning of life’ are regularly discussed and from where reflections of bodily experiences, emotions and affects can be collected: fiction and social media.

The main objective was to identify the dispositifs that characterized Egyptians’ and/or Tunisians’ way of experiencing and categorizing their realities and the alternative choices that would inform decisions in life and the ways of looking at things. An online researchers' notebook accompanies and supplements the analysis and interpretation of literary texts and online postings.