Whale Blood at the Beach: Coastal Pollution and the Anti-Whaling Movements in Japan and Norway, 1900-1912

In this guest lecture, Fynn Holm from the University of Zurich will give a historical perspective and comparison of the environmental knowledge of anti-whaling movements in Japan and Norway. 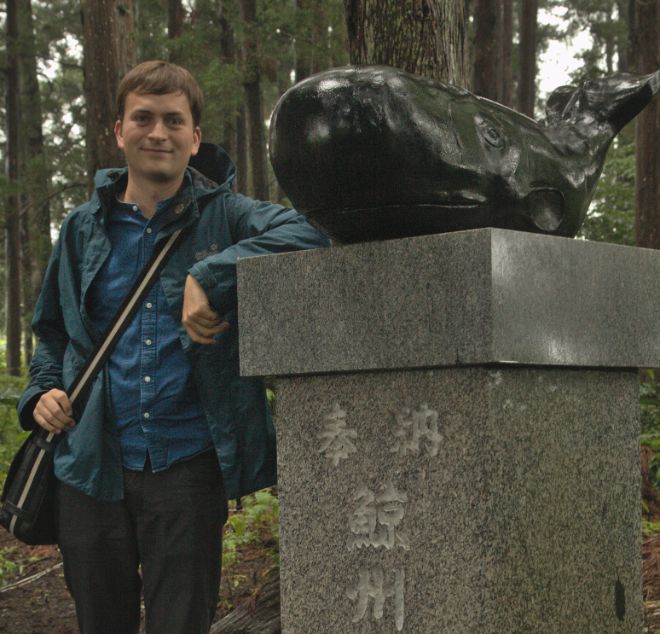 The introduction of large-scale industrial whaling operations in Norway and Japan at the turn of the twentieth century triggered wide-spread concern among the local fishing population. In 1903, frustrated fishermen destroyed a whaling station in Mehamn in Northern Norway. A few years later, in 1911, a whaling station was burned down by local fishermen in Hachinohe in Northern Japan. Both groups argued that the flensing of the whales caused whale blood, oil, and grease to be disseminated along the coast, destroying local flora and fauna. Furthermore, according to the environmental knowledge of the fishermen, whales brought fish closer to the shore and were, therefore, part of the fishermen's hunting regime.

This talk discusses the similarities of the Norwegian and Japanese anti-whaling movements by focusing on the environmental knowledge of the local fishing populations. It is argued that concerns regarding coastal pollution were closely related to the socio-economic circumstances, but also the cultural beliefs of the locals.

Fynn Holm is a research fellow and lecturer at the Institute of Asian and Oriental Studies of the University of Zurich. He has studied History, Law, and Japanese Studies at the Universities of Basel and Zurich and is currently finishing his Ph.D. thesis titled "Living with the Gods of the Sea: Anti-Whaling Movements in Northeast Japan, 1600-1912."