Last week, Florence Durney started as a postdoc in the Whales of Power project. The next three years, she will be conducting research on traditional whaling, religion, and ecology in Indonesia. Here she introduces herself and her project. 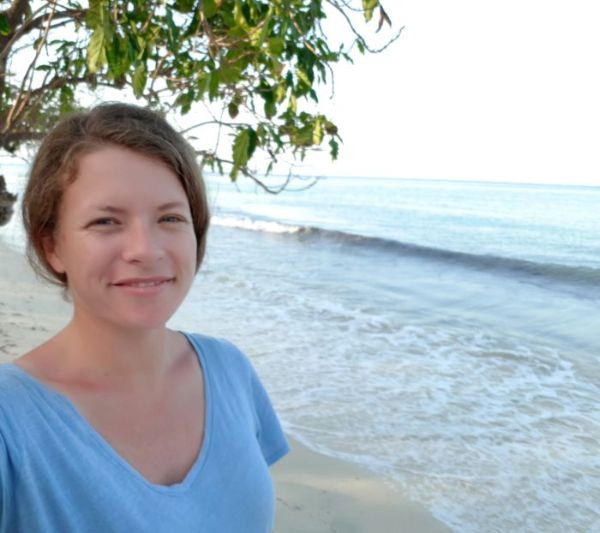 I was raised in Northern California, in a large family oriented around environmental politics, including wetland restoration and open space preservation, but still tied to productive environmental use through a family farm and my mother’s previous work in the fishing industry. I grew up camping, hiking, and fishing the California coast, but also hearing about the struggle to keep local dairy and ranching operations alive, in a political and economic climate that seemed hostile to them. Because of this, from an early age I was faced with the complex and multi-dimensional nature of humanity’s relationship with the environment around us. My academic career and research goals were deeply impacted by this background, and much of my work, including my research for the Whales of Power project, focuses on exploring the ways in which humans inhabit, co-create, worship, and exploit the world that they inhabit.

I began my studies in anthropology at Barnard College, Columbia University. My interest in environmental anthropology began at that time and soon became the focus of my studies and research. After graduating I did a research internship at the American Museum of Natural History before entering the PhD program in anthropology at the University of Arizona. At the U of A I worked with applied, cultural, and environmental anthropologists, as well as natural resource scientists, and pursued a course of research that eventually brought me to maritime Indonesia. My PhD focused on the intersection of small scale and traditional marine resource dependent communities and marine protected area (MPA) projects in eastern Indonesia. One of the major foci of this work was the last group of marine hunters in Indonesia, in Lamalera, Lembata and their efforts to find a place in the legal and cultural context of a rapidly transforming Indonesia.

For the WhoP Project, I will return to Lembata, Indonesia to do an in depth exploration of the complex and syncretic belief system that connects the people of Lamalera with the marine environment, and specifically cetaceans, through ancestor worship, animism, and Catholicism. My project will examine this belief system not as a static entity, but as a dynamic system, one that is adapting to generational change, economic, and environmental pressure. My research will also include an broader survey of other sites that share a cultural heritage of marine hunting and sacred connections to cetaceans in this small archipelago, but where this form of subsistence livelihood is no longer practiced. Ultimately, this work will examine the place of traditional practice, local people, and cetaceans in a changing Indonesia, and a changing Asia.