About the Norwegian Folklore Archives

The Norwegian Folklore Archives (NFS) was founded in 1914 and is a cultural-historical national archive that consists of texts, photos and other source materials from about 450 collectors of folklore. 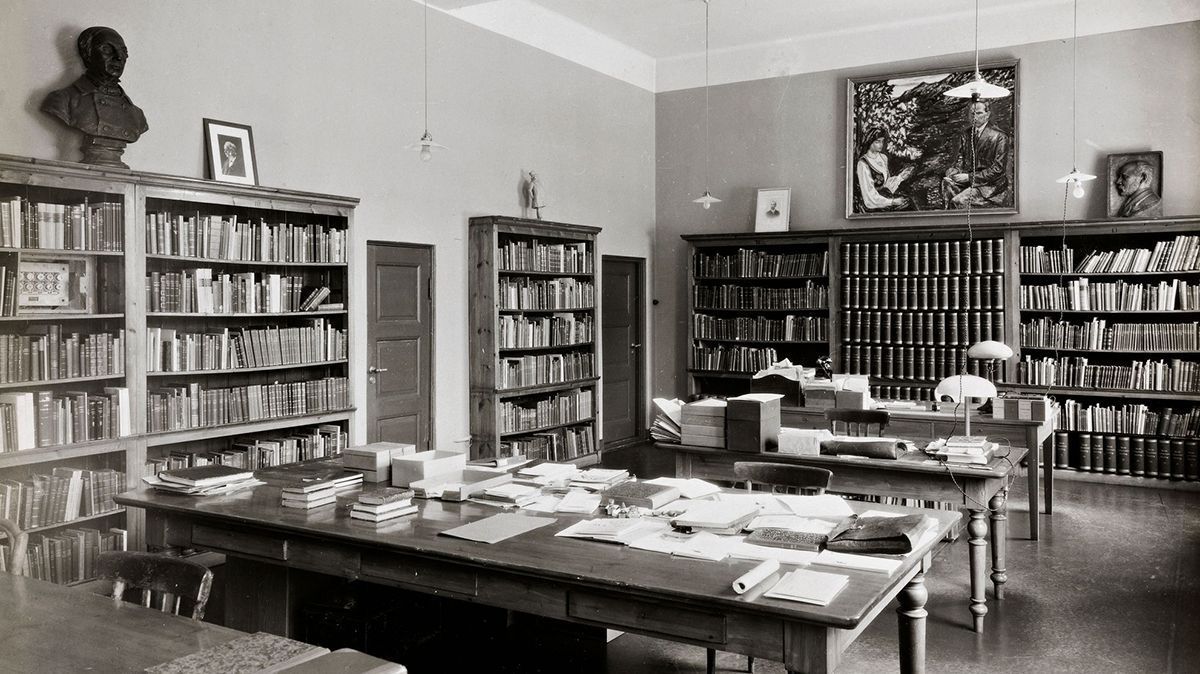 The archives are located at the Department of Culture Studies and Oriental Languages (IKOS) at the University of Oslo.

Throughout its history, NFS has been a unique national archive that has striven to collect, preserve, and present traditional texts and source materials – what is often called our cultural heritage.

This corpus has been at the heart of research on Norwegian folklore and cultural history since its foundation, and it has also been an important source for research on dialects and language history.

The material largely concerns written records of orally transmitted forms of popular poetry, such as folktales, legends, and ballads, collected during the nineteenth and twentieth centuries. A catchall term for such materials is folklore records.

The material has been systematically organized into various categories such as ballads, folktales, legends, customs, and beliefs. For each category there is a corresponding topographical registry of those who collected the material for the NFS.

The basis of the Norwegian Folklore Archives (NFS) was originally the private collections of Moltke Moe, whose archives included records of cultural heritage materials as well as letters from Moe himself, Peter Christen Asbjørnsen, and his father Jørgen Moe. In 1909 M. Moe together with Alexander Bugge, the heir of Sophus Bugge, gave the materials to the University of Oslo, on condition that the Norwegian government would establish a folklore institution.

A comprehensive effort to collect cultural heritage materials during the 1920s and 1930s led to a significant increase in the archives. In total NFS currently comprises a corpus of around half a million manuscript pages from throughout Norway, with over three hundred collectors represented. In addition to the transcribed materials, the archives contain audio recordings, photographs, and an art collection, as well as certain items relating to the individual collectors themselves.

In 2012 the oldest parts of the Norwegian Folklore Archives – the core of the cultural heritage archive – were selected for inclusion in the Norwegian Memory of the World registry (Norges Dokumentarv) (kulturradet.no, in Norwegian) under the auspices of UNESCO.

The NFS archive celebrated its centennial in 2014.

International Society for Ethnology and Folklore

The archive also contains cultural-historically significant records, covering 133 different themes, that were collected through the Language and Customs Questionnaires from 1934 to 1947. Qualitative questionnaires pertaining to folk medicine can be found in Gade and Grøn’s 1911 questionnaires about popular remedies, and not least in Ove Arbo Høeg’s substantial Archive of Plant Names, which also includes stories about the local use of both wild and cultivated plants in folk medicine.

This topic also recurs in the major archive of grimoires, trial records, and legends relating to sorcery and magic. See the Magic in Norway archive.

In 1964, 1981, and 1996, the autobiographical narratives of ordinary Norwegians were collected during a nationwide drive to gather in the life stories of the elderly. A fourth such collection was carried out in 2014. In total all these personal recollections constitute a history of Norway written by the populace itself, and they serve as a rich source of Norwegian society and daily life from the end of the nineteenth century up till the present day.

NFS also contains an archive of audio tapes and cassettes, with around six hundred catalogue numbers in total. Two hundred of the catalogue numbers in the tape archive refer to Mortan Nolsøe’s recordings of Faroese song traditions, made around 1960. The other recordings feature folk music, ballads, folktales, customs, beliefs, and other types of folklore. A separate registry has been created for Knut Liestøl’s phonographic archive.

Ballads and folk songs are abundantly represented through lyrics and notes, both handwritten from 1612 onwards and in printed versions dating back to the early eighteenth century. Transcribed texts are available on the Visekatalogen website and elsewhere.

NFS also contains a significant photograph archive, including Peter Christen Asbjørnsen’s private albums, portraits of him and other scholars from his era, and his collection of diplomas from various European academies of science and letters. The archive also includes a wealth photographs from Moltke Moe’s fieldwork excursions, including an entire album dedicated to the traditional district of Telemark. The Moltke Moe archive also contains an album of pictures taken by the photographer Anders Beer Wilse, as well as photographs from his brother Ole Falck Moe’s travels to Alaska and the Congo. All the modern reproductions of these pictures were done by the photographer Arthur Sand.

The NFS Correspondence Archive comprises the letters of Peter Christen Asbjørnsen and Moltke Moe. It also includes lesser archives of the letters of Jørgen Moe, M. B. Landstad, Sophus Bugge, Knut Liestøl, and others, as well as of correspondence from 1914 to 1957 concerning NFS as an institution.

The Norwegian Folklore Archives also includes copies of cultural heritage archives that are stored elsewhere, such as parts of Torleiv Hannaas’s archive at the University of Bergen and most of Rikard Berge’s material, whose originals are stored at Telemark Museum. For Richard Berge’s material a registry has been created with cat. nos. 61–656 (cat. nos. 1–60 are missing).