The Mandarin Audio Idiolect Dictionary (MAID) is a comprehensive ca. 2000-hour long audio dictionary of the language of a Manchu speaker of the Peking Chinese dialect. 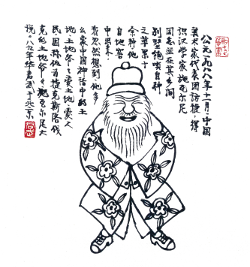 MAID was conceived as an integral modern part of Thesaurus Linguae Sericae under the direction of Christoph Harbsmeier (IKOS, Department of Culture Studies and Oriental Languages, UiO/Peking University) and Jiang Shaoyu (Peking University).

MAID was recorded during the years 1965-69 in Prague by the leading Western phonologist of Chinese, Professor Oldřich Švarný (1920-2012) of the Czech Academy of Sciences in Prague. The informant is Madame Tang Yunling, who grew up in a purely Manchu-dominated milieu in Peking. Madame Tang is in her eighties today. She is an accomplished practitioner of the traditional Chinese art of story-telling, and in this audio-dictionary she uses her extraordinary narrative skills on the task of explaining ca. 70 000 words from the standard Chinese wordlist Xiandai Hanyu Pinyin Cihui (1963). 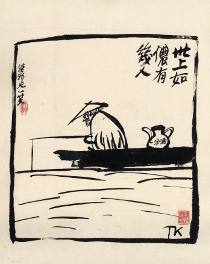 Ms Tang explains the meanings of each lexical item in this wordlist, providing typical conversational contexts in which she has found these words used in her linguistic environments. She always notes the socio-linguistic and stylistic special characteristics of each word. Very often, she also puts important concepts into their proper anthropological and historical narrative context, according to her linguistic and cultural intuitions. Everything she records is totally unprepared and spontaneous discourse as it came to her naturally in 1965-69.

Currently ca. 70 000 lexical entries with her explanations are being made available together with phonetic analyses of the recordings. This will provide an infrastructure for a systematic study of such much-neglected features as the systematic role of stress in modern Chinese word formation.

MAID is the first comprehensive audio-dictionary of any idiolect in any language. It happens to record the speech of Peking which played a unique role in the establishment of Modern Mandarin Chinese, one of the most important languages in the modern world.

More about the MAID project

The completion of the MAID project has been realised through the extraordinary selfless enthusiasm of true sinologists at IKOS, over the course of many years.

In 1998 the large old tapes of MAID were given by Professor Oldřich Švarný to his friend Christoph Harbsmeier, and the latter used well over 2000 hours of his personal spare time to digitize the disintegrating four-track tapes and to preserve the material on them for posterity. Thereafter over 3000 hours of hard work were needed to cut up the hour-long tapes into mp3-versions covering single Chinese lexical entries each. This work was done by enthusiastic students of Chinese under the leadership of lektor Øystein Krogh Visted (IKOS,UiO). Among the other heroic participants in this project were Wang Lei (IKOS, UiO), Eunjung Park (IKOS, UiO), and Yang Yijun (IKOS, UiO).

The presently ongoing web publication of MAID is done in cooperation with Professor Janne Bondi Johannessen and language engineer Michał Kosek at The Text Laboratory.

Read more about the dictionary in HF-aktuelt (in Norwegian)