The Oslo Transliterator is a semi-automatic tool developed to assist in creating a second, alternative transcription, from an original transcription. The transliterator can be trained on any dialect or language. 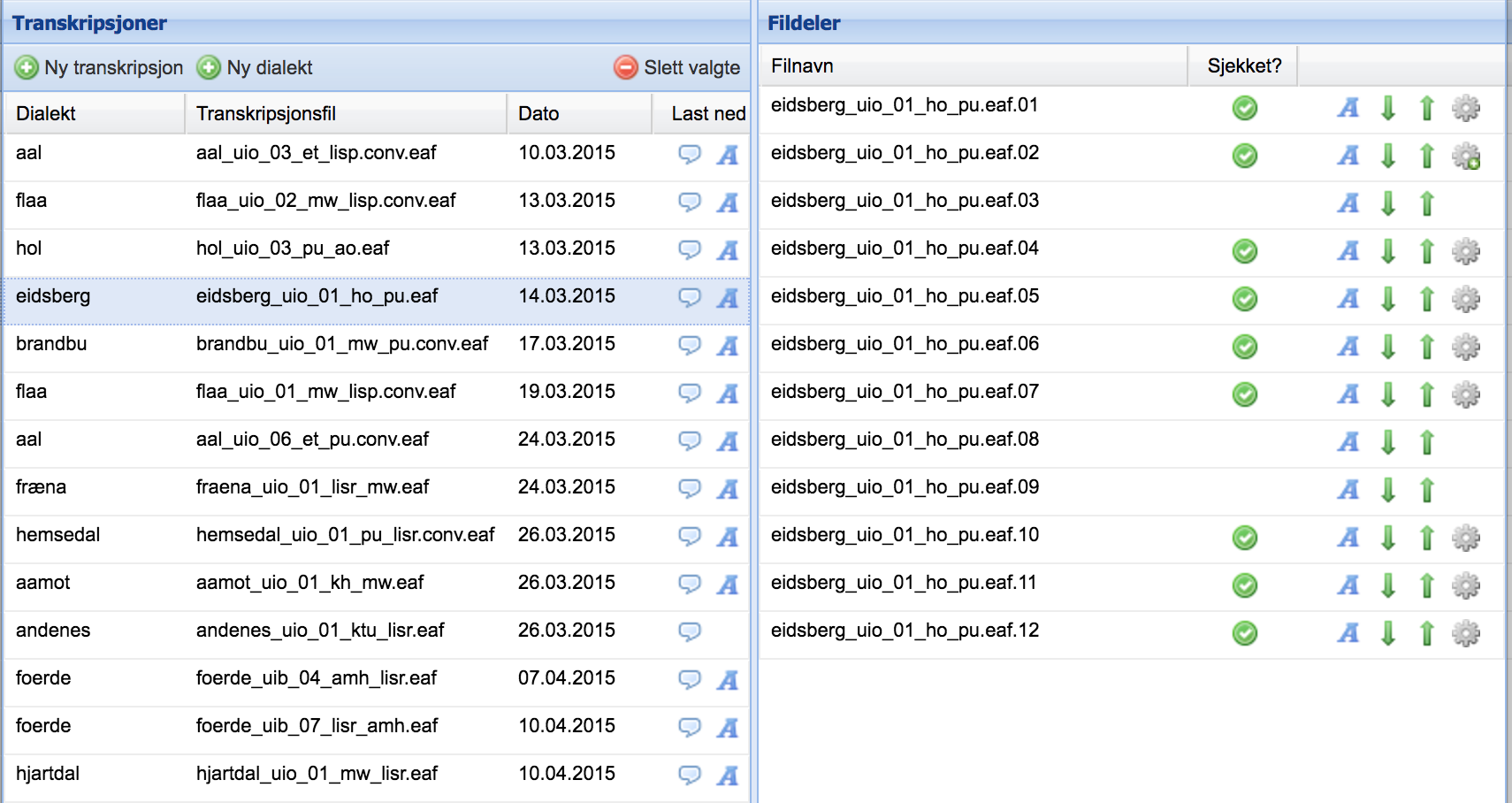 The Oslo Transliterator has been used in the development of the Nordic Dialect Corpus (Johannessen et al. 2009), the Finland-Swedish Talko corpus, and is presently being used for the Norwegian LIA corpus, both for transcription to orthography and from one orthographic standard to another.

Contact tekstlab-post@iln.uio.no if you want more information about the Oslo Transliterator.

Read about the transliterator in HF-aktuelt (in Norwegian).

How the transliterator works

The transliterator has a web interface (see the picture above) that can be accessed using any modern web browser. The application is implemented in the Ruby on Rails web framework using the Ext JS JavaScript framework and a MySQL database. The top buttons in the left panel give the options of registering a new dialect and starting work on a new transcription in an existing dialect.

Once a transcription has been uploaded, it will be automatically split into a number of file parts, which are listed separately in the right panel. The four rightmost buttons on each line in the right panel allow the user to 1) have the part automatically transliterated, 2) download it for manual correction, 3) upload it after correcting it, and 4) re-train the system on all the parts that have been corrected so far. The manually corrected parts are marked with a green check mark. When all parts of a transcription have been transliterated and manually corrected, the entire transliteration can be downloaded using the appropriate A button in the left panel.

Apart from the main outcome of the transliterator, which is a quick rendering of the phonetic transcription into orthographic transcription, there is also another useful outcome: a full multidialectal word list, linked through the orthographic standard forms.