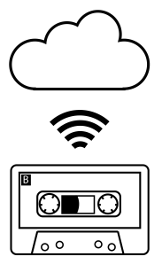 During the last 60 years speech recordings for various purposes, mainly dialect and onomastic research, have been made across Norway by Norwegian universities, covering many Norwegian and Sami varieties.

While some of these have now been digitised and catalogued in a systematic manner, others lie in archive cabinets and drawers. Many of them are in danger of being destroyed.

The recordings gathered by the project was digitised by the National Library, and then inventorised and catalogued. The most interesting recordings of good audio quality was further processed by the LIA project. They were transcribed, tagged, parsed, and of course text-sound synchronised.

Finally, the audio files and the transcribed recordings was posted in the New Glossa, a user-friendly corpus search interface. The recordings and transcriptions is also freely available via a download page.

The recordings in the LIA is of two types:

LIA was a national collaboration project between:

Visit the project's homepage (in Norwegian)