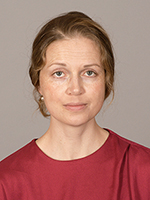 LIT 4360A/B Litterært tekststudium: Illness Narratives: Representations of Bodies and Minds in Drama, Poetry, and Prose from Shakespeare to the 21st Century

“Experiments in Life-Writing: Intersections of Auto/Biography and Fiction ed. by Lucia Boldrini and Julia Novak (review).” Biography: An Interdisciplinary Quarterly 42.2 (2019): 381-384