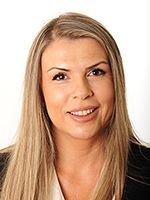 This project will undertake an analysis of the use of metaphors in Serbian and Croatian public discourse.

The results of this project will help understanding of what the general and collective trends are in the political discourse of these Balkan countries when use of metaphor is in question.

Taking under consideration the insights of cognitive-linguistic research on conceptualization and metaphors, this project, "Metaphorical Models in Politics: A Contrastive Analysis of Serbian and Croatian Public Discourse", will undertake an analysis of metaphors in Serbian media texts related to Serbia obtaining EU candidate status.

In order to highlight the similarities and differences between the metaphoric models of different Balkan countries, examples of metaphor relating to the same topic in Croatian media texts will also be analyzed and compared.

This entails using a corpus comprised of two parts, both based on newspaper articles from the period when the European Council granted Croatia with candidate status and when Serbia got the same status.

Comparing similarities and differences in the discourse of different countries, with special attention paid to their EU status- “Those who wish to join” and “New members” - is of interest.

Many different and interesting types of metaphors can be examined, including intertextual metaphors, translated metaphors, metaphors which directly call upon the discourse of foreign media, as well as completely original metaphors that are not translations.

The main goal of this project is to research metaphors in the political discourse of two Balkan countries, and the goals of this investigation can be summarized as follows: