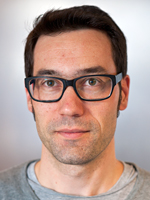 My latest monograph Holocaust, War, and Transnational Memory: Testimony from Yugoslav and Post-Yugoslav Literature (Routledge 2018) examines the emergence and transformations of Holocaust memory in the socialist Yugoslav and post-Yugoslav eras. Building upon recent developments in memory studies, the book investigates hitherto marginalized as well as well-known (post-)Yugoslav Holocaust texts and explores the imaginative links they form with other (hi)stories of extreme violence.

I am also the author of a book on the construction of national identities in Bosnia and Herzegovina under Austro-Hungarian rule (Sarajevo and Zagreb: Synopsis 2013). In addition to publications related to the cultural and literary history of Habsburg Bosnia, I have published book chapters and journal articles on the representation of the Yugoslav wars of the 1990s in (post-)Yugoslav fiction. Together with Vlad Beronja, I edited the volume Post-Yugoslav Constellations: Archive, Memory, and Trauma in Contemporary Bosnian, Croatian, and Serbian Literature and Culture (De Gruyter 2016).

I am currently leading the three-year research project Probing the Boundaries of the (Trans)National: Imperial Legacies, Transnational Literary Networks and Multilingualism in East Central Europe, funded by the Research Council of Norway.