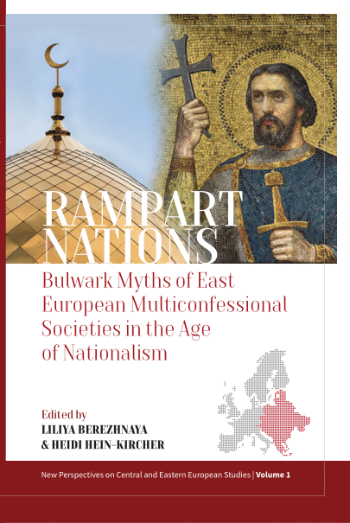 The Wall and the Others

Murus means “a wall” in Latin, and in the Middle Ages certain nations in Eastern Europe presented themselves as Antemurale Christianitatis, meaning that they represented the very outpost of Catholic Christianity against the sinister and threatening “Others” on the other side of the religious “Wall” – Orthodox Christians and Muslims. They were the “keepers of the gate”, the final line of defense of cosmos against chaos.

Antemurale thinking lingers on in some Eastern European countries even today, in a more or less secularised form. They stress not only that “our” group is an integral part of  “true civilization”, but also that the “Other” allegedly is not. However, not all nations are equally likely to erect mental “walls” against their neighbours: large nations often downplay differences between themselves and culturally similar nations, in an attempt to dominate the weaker neighbours.

Kolstø argues that antemurale myths are often invoked by smaller, vulnerable groups as a defensive strategy towards overweening neighbours, by latching onto a larger, powerful group which they are members of while their potentially threatening neighbour allegedly is not. The Ukrainians and Belarusians, for instance, present themselves as members of the great family of European nations, while the Russians are often regarded as non-European. This shows that in the modern world the antemurale myth can be used even between nations with the same dominant religion, as all of these nations – Ukraine, Belarus, Russia – are Orthodox.

Read more about the book at Berghahn Books.