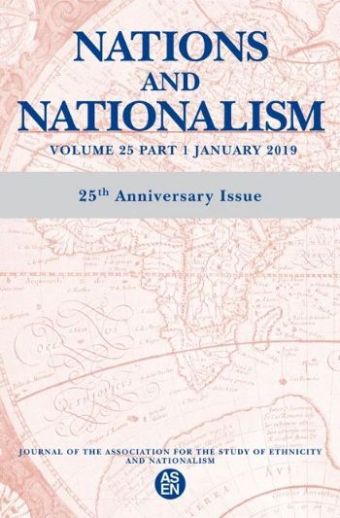 Photo: Journal of the Association for the Study of Ethnicity and Nationalism

Nationalism as a phenomenon

According to Ernest Gellner, nationalism as a political principle holds that the political and the national unit should be congruent. Based on this celebrated definition, Alexander Motyl declared that 'nationalism and imperialism are polar types'. Even so, dozens of books and articles have used the concept of ‘imperialist nationalism’ without any qualms. Is this just a matter of terminological confusion, or does it reflect a deeper disagreement on what the phenomenon of nationalism actually is?

Kolstø finds that numerous historical actors take pride in being both nationalists and imperialists. He distinguishes between overseas colonial empires and contiguous land‐based empires and demonstrates that in both cases, ‘imperialist nationalism’ can be found.

The publication is available at Wiley Online Library.