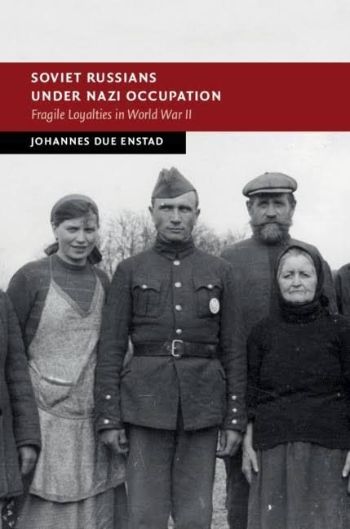 With the benefit of hindsight, we know how hopelessly destructive Germany's war against the Soviet Union was. Yet ordinary Russians witnessing the advancing German forces saw things differently. For many of them, having lived through collectivization and Stalinist terror in the 1930s, the invasion created hopes of a better life without the Bolsheviks. German policies on land and church helped sustain those hopes for parts of the population.

The impact of Nazi rule

Drawing on Soviet and German archival sources as well as eyewitness accounts, memoirs, and diaries, Enstad demonstrates the impact of Nazi rule on the mostly peasant population of northwest Russia and offers a reconsideration of the relationship between the Soviet regime and its core Russian population at this crucial moment in their history.

More about the publication at Cambridge University Press.

By Johannes Due Enstad
E-mail this page