Master Sabina Nedelius at the Department of Literature, Area Studies and European Languages will defend her dissertation Changed Perspectives: On modernised punctuation in Middle English texts for the degree of Philosophiae Doctor (PhD). 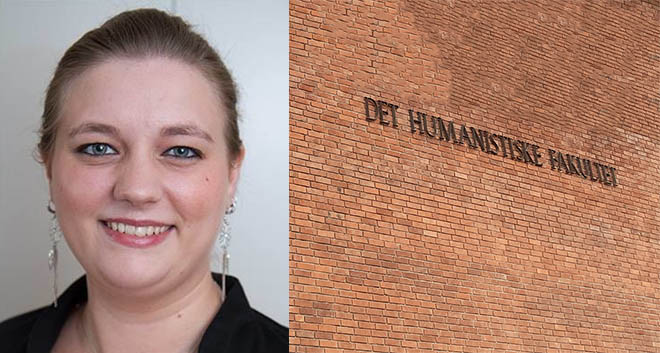 There is little doubt that punctuation may considerably affect the reader’s understanding of a text. Thus, punctuation is the only difference between a nice family dinner and a horrific cannibalistic event in the common internet joke in the title. Yet, it is standard practice to add modern punctuation in editions of Middle English texts, often used for linguistic study into the language.

Sabina Nedelius notes that this use may potentially lead scholars to incorrect conclusions regarding the structure of Middle English and undertakes a comparative study of ten Middle English manuscripts and two of each manuscript’s editions. The study aims to investigate the philological reliability of the editions as it concerns punctuation and considers how closely the editions’ punctuation follows that of their base manuscripts. Additionally, Nedelius aims to determine whether any patterns can be found in how historical marks are translated into modern marks and undertakes a study particularly into the addition of sentence-external punctuation marks.

Nedelius ultimately concludes that a large portion of the punctuation in the editions studied do not follow their manuscript and that the modernisation practices are non-transparent to the reader. On this basis, she argues that the use of editions with modernised punctuation may potentially prove unreliable as primary data in linguistic research.

It is also possible to follow the defence online:

Livestream of the defence

Only audience member physically present will have the opportunity to speak as opponents ex auditorio.

Designated topic: “Discuss and exemplify how the contrast between the use of punctuation in manuscripts and in modern editions may affect our understanding of Middle English syntax and literature”

Livestream of the trial lecture