A PhD seminar examining the rhythms of border-crossings in cultural and literary forms at the University of Oslo, 4-5 April 2019, with guests Kathryn M. Lachman and Wolfgang Müller-Funk. 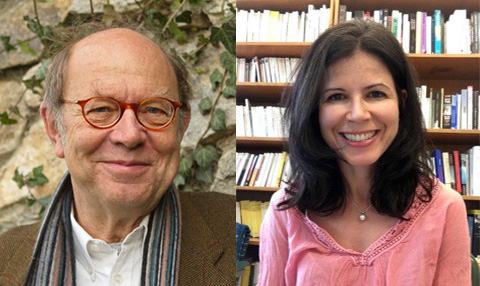 “our very lives are dependent on rhythm, for everything we do is governed by             ordered rhythmic sequences.”
– Duke Ellington

Borders have always been places of crossing and interaction as well as places of separation and division.

At borders - whether intellectual, political, or geographical - certain movements come to a halt, while others spring into existence.  The border is always a place where the normal protocols of cultural life are transformed or altered.  At, near, or athwart borders, a different set of rhythms emerges.

This seminar is an investigation into the nature of these rhythms, into the way they are embodied in literary and musical texts, and into the possibilities they present for a more expansive thinking of culture, cultural identity, and cross-cultural interaction.

The seminar will be open to a broad range of approaches to the topics of borders, rhythms, and cultural form. Some of the questions we will pursue include:

This PhD seminar will be held at the University of Oslo on 4-5 April 2019, and will feature lectures by invited guests Kathryn M. Lachman (Univ. of Massachusetts Amherst) and Wolfgang Müller-Funk (Univ. of Vienna). We welcome PhD students in literary and cultural studies and connected disciplines as participants. There is no participation fee, but participants from outside Oslo are asked to arrange and cover their own travel and accommodation costs. Places in the seminar will be available to a maximum of 20 participants.

We will be asking you to send us chapter or article drafts for workshop discussion during the seminar by 20 March 2019. A reading list will soon be made available on this web page.

Organizers are Bruce Barnhart (English-language literature) of the Temporal Experiments and LRIC research groups and Johan Schimanski (Comparative literature) of the Migration, Borders and Identity research group, in the Department of Literature, Area Studies and European Languages. Please contact them at bruce.barnhart@ilos.uio.no and johan.schimanski@ilos.uio.no if you have any questions.

Kathryn M. Lachman is Associate Professor and Graduate Program Director in the faculty of French and Comparative Literature at the University of Massachusetts Amherst. A native of South Africa, she holds a PhD in French from Princeton University (2008). She has taught at the American Community School Beirut and written music criticism for the Dailystar. She earned the Premier Prix in violin performance and Premier Prix à l’unanimité for chamber music and history of music at the Conservatoire National de Région de Paris in 1995. She is the author of Borrowed Forms: The Music and Ethics of Transnational Fiction (2014), an edited volume entitled Feasting on Words: Maryse Condé, Cannibalism and the Caribbean Text (2006), articles in Research in African Studies and Music, Sound and the Moving Image, and numerous book chapters on African and Francophone literatures. Professor Lachman's research and teaching interests include contemporary North African literature, literary theory, intermedial relations between music and literature, Sub-Saharan African literature, migration and diaspora studies, and contemporary French and Francophone film.

Wolfgang Müller-Funk has been Professor of Cultural Studies at the Universities of Birmingham and Vienna, and has also held positions at the Universities of Munich and Klagenfurt and been Guest Professor in Zagreb, Bratislava, Szeged and New Delhi. He has been active in many research projects focusing on Central Europe Studies and cultural theory. He writes regularly on culture and society for Der Standard and other newspapers and has published several collections of poetry. He is the author of Erfahrung und Experiment (Experience and Experiment, 1995), Die Farbe Blau (The Colour Blue, 2000), Die Kultur und ihre Narrative (Culture and its Narratives, 2002/2008), Kulturtheorie (Cultural Theory, 2006/2010), Komplex Österreich (The Austrian Complex, 2009), Joseph Roth (1989/2012), The Architecture of Modern Culture: Towards a Narrative Cultural Theory ( 2012), Die Dichter der Philosophen (The Philosophers’ Poets, 2013), Theorien des Fremden: Eine Einführung (Theories of the Other: An Introduction, 2016), and a large number of articles and book chapters. He has also (co-)edited over 20 collections of articles.