Reading autofiction can challenge and change what feels true

When you read texts that challenge the boundaries between reality and fiction, it may lead you to reflect on truths about yourself and the world you live in. 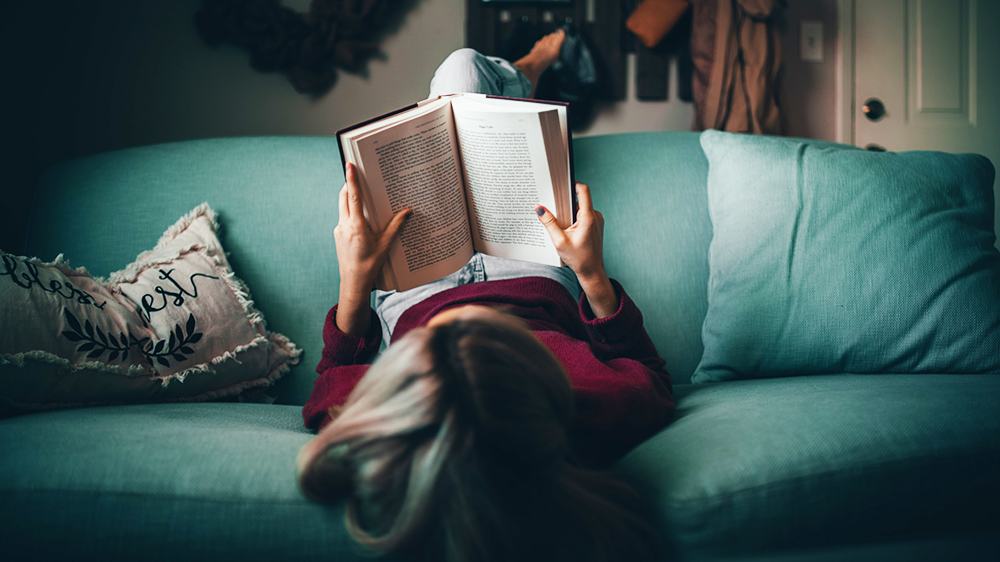 When you think you are reading a fictional or a literary text, you might go off on a mental memory-journey about our own life.

“People process texts differently depending on whether they think they are factual or fictional,” says Alexandra Effe.

Alexandra Effe is a literary scholar, studying what is often labelled autofiction. In this type of literature, readers' perceptions of what is fact and what fiction, and the relation between these terms, are constantly put to the test. Effe believes this can help us understand what is and feels true in our own lives.

“Acts of imagination and fictionalization can effect our understanding of ourselves,” she says.

Alexandra Effe and her colleagues in the project Literature, Cognition and Emotions (LCE) combine methods from literary studies with psychology and cognitive studies to find answers to questions about literature and the human mind.

“There will always be a diversity of perspectives on yourself and your own life. I think it is impossible to reach objective knowledge and to represent truth. But that is just a fact of life. Reading novels, and especially autofictional texts, can help us become aware of it,” says Effe.

Representing reality is an ethical question

In recent years, authors like Karl Ove Knausgård, Philip Roth, Vigdis Hjorth and Rachel Cusk have gained popularity. Some of their writing is known as autofiction, as they write about characters we can understand to be family and friends. Whether living or dead, they do not get a say about how they are presented. Although the books are rooted in reality, they are labelled novels.

“The authors tell their subjective truths that are not verifiable,” Effe points out.

According to the literary scholar, questions about reality are always ethical questions. This literature invites us to reflect critically on what truth is and on who gets to tell their story.

“But even though the label novel may be a safety measure, it does not allow you to do just anything.”

Authors will have different motivations for using what Effe calls autofictional strategies. A dominant one is to highlight and claim the right to tell and transform subjective truths.

“But there are also financial and political motivations, and both forms and functions vary across literary history.”

Autofiction is not a new phenomenon. When the term was coined by the French author and critic Serge Doubrovsky in the 1970s, autofiction was a new term for a literary strategy Effe traces back to the 18th century.

“It might be older. However, I believe that in the 18th century it emerged in a particular form, and relate it to the fact that this was when the modern authorship concept emerged.”

People were trying to make money with their writing, and started to see themselves as authors by profession.

“They needed to market themselves through their texts. Authors were promoting themselves and their creativity in their books, and they were also implicitly saying ‘in a way this is me and I want to make you curious about myself, but I also want you to see that it is not quite me, but art that I have created.’”

One of the authors who embraced this strategy was Delarivier Manley, who wrote Adventures of Rivella in 1714.

“The story of the text’s origin was most likely that a publisher had commissioned somebody else to write a negative account of Manley’s life. She heard about it and offered to write her own account, in order to avoid bad things being said about her.”

In the book, one can read a discussion about Rivella between two men, one of them allegedly a former lover.

“Both men think Rivella is the sexiest and most brilliant woman on earth, which allows Manley to praise herself in seeming modesty, while criticizing these male perspectives. And of course the men tell her story from a very particular angle.”

Most people knew that Manley was the author

“The text is quite intricate in terms of how it positions the reader and in how Manley promotes a certain image of herself. What makes it autofictional is the fact that Manley presents herself as author and the text as crafted, and in instances as invented.”

The best of both worlds

Whether you think the text you are reading is fact or fiction affects how you approach it.

Effe refers to findings from psychological experiments that work with framing: one group is asked to read a text from a history book or a newspaper and another group reads the same text, but is told that it is an excerpt from a novel, for example.

“When reading a text framed as factual, we tend to read faster, we are interested in causal relations and we read with a scrutinizing attitude. So we are in it for information, and to check whether things are correct, make sense and are logical,” she says.

“Whereas when we think we are reading a fictional or a literary text, we pay much more attention to linguistic elements, to themes, to larger motives. We are also open to incompatibilities, and, it seems, more frequently go off on a mental memory-journey about our own life and an episode in which we are agents.”

Neuroscience studies have also shown that we get more emotionally involved when reading about real people, than about fictional characters.

“The decisive factor actually seems to be whether the person has personal relevance, which may but need not equal factuality,” Effe notes.

“When we read autofictional texts, we appreciate the literary qualities, but it is also about real people, so we get the best of both worlds, in a sense.”

“The fact that we take it to be a literary work means that we pay attention to different things than when we read an article about climate change. Portraying personal experience is the big difference, and what gives the text a different resonance for you.”

The novel argues for storytelling to have the potential to effect change in the world. It also addresses the reader directly.

“Maybe that makes you think more about yourself in relation to the character’s reflections.”

Effe hesitates to say that a certain style of writing will cause a certain effect, as all readers are different. However:

“We do know from studies, but also from personal experience, that reading does change the way we think and feel and act.”

Do you want to read autofiction?

“It interweaves the story of a first-person narrator who writes about a year of her life based on a diary she found that she kept for a year 30 years earlier. We have three strands of the narrative: excerpts from the diary, the present self writing the book that we are reading about the past self based on the diary, and excerpts from a novel that that person 30 years ago was writing then.”

“Hustvedt is very knowledgeable in terms of psychology and cognitive science and this is clearly visible in that text. It is a very interesting interplay between different versions of a self and a nuanced reflections on memory, imagination and autobiographical writing.”

Alexandra Effe believes that reflections on the relationship between fiction and reality are especially important at a time when fake news abound and many talk about a post-truth era. The issues that have arisen in parallel with new media also find their way into novels.

“In Olivia Laing's writing, you find Twitter feeds and diary texts incorporated, and Sheila Heti weaves in actual e-mails and recordings of conversations. Whereas Teju Coles Everyday Is for the Thief started out as a blog.”

That the authors mix text formats is an implicit argument for discussing the value of the modes of writing and speaking found in new media, Effe argues.

“They show how confusing our world has become because of these media, and how difficult it is to differentiate between what is true and what is not. By integrating new media texts into their books, these authors given them a platform and show how they can work to shape our views of the world,” she says.

“By integrating these texts, authors also attribute value to them. Nonetheless, by choosing the form of a novel, or indeed an autofictional book, authors nonetheless also show the particular value of the book-form.”

Alexandra Effe is a postdoctoral fellow at the department of Literature, Area Studies and European Languages (ILOS) at the University of Oslo. She is part of Literature, Cognition and Emotions (LCE), a research and education initiative at the Faculty of Humanities.

Sign up for the newsletter from Literature, Cognition and Emotions (LCE)