English version of this page

Where do the rules of English come from? 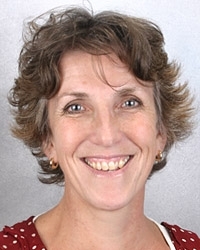 Learning English as a foreign or second language inevitably means having to internalise the many rules of this language. But where do these rules come from? And how do they relate to actual usage? In this guest lecture I will try to answer these questions by looking at the final stages of the English standardisation process, codification and prescription, and their typical products, the grammar and the usage guide. The earliest grammars were not usage based, but have their roots in the Latin grammatical tradition. Inevitably, this clashed with actual usage, which often differed from the rules provided by the grammars. Singular they, an alternative to so-called sex-indefinite he, is a good example of such a clash, just like the split infinitive: why would it not be possible to put an adverb in between to and the infinitive? Also, why can’t we use wrote as a past participle form any more, and is it risky to say “I done that” in a job interview? On the one hand, I will show the grammarians at work trying to codify the language, and on the other hand struggling with the ways in which actual usage differed. In the end it fell to the writers of usage guides to try and keep the old rules adhered to.