EU, Ukraine and the Eastern Partnership in War and Post-War Times: Quo Vadis?

Anne Pintsch and Maryna Rabinovych from the University of Agder will come to UiO to give a lecture on the future of the relationship between Ukraine and the EU. 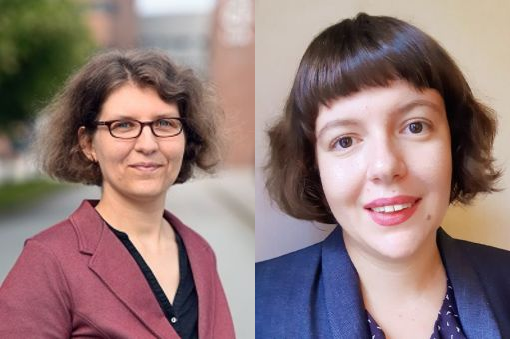 In their lecture, they will briefly present the research project "Lowering the Bar? - Compliance Negotiations and the EU-Ukraine Association Agreement" and focus on three main findings that they have made so far.

In the second part, they will focus on the European Union’s response to Russia’s full-scale invasion of Ukraine. They show how the self-reinforcing development of networks consisting of members from the EU and Ukraine, and the subsequent socialization of the network members from the EU influenced the EU’s massive reaction.

In the third part, they broaden the view and ask about future perspectives for the European Neighbourhood Policy (ENP). The ENP originally included Belarus, Ukraine, Moldova, Armenia, Georgia, and Azerbaijan. The increasing heterogeneity of these countries, however, presents a challenge. They provide evidence that the ENP has addressed this challenge by shifting the focus from the partners’ European integration and democratization to sustainable development and critically point to the problems of this shift.

Anne Pintsch is Associate Professor at the Department of Political Science and Management, University of Agder. Maryna Rabinovych works as a Post-Doctoral Researcher with the project "Lowering the Bar? - Compliance Negotiations and the EU-Ukraine Association Agreement", funded by the Norwegian Research Council.

The lecture will be given in English. After their presentation, Maryna and Anne invite questions from the audience.

The event is free and open to all interested participants.
Welcome!