The Gulag in Writings of Aleksandr Solzhenitsyn and Varlam Shalamov

Fabian Heffermehl has edited and co-authored a brand new book on the Gulag writers Aleksandr Solzhenitsyn and Varlam Shalamov. 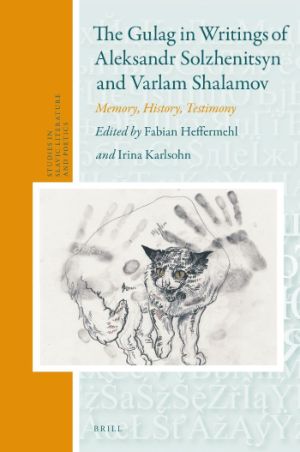 Alexander Solzhenitsyn and Varlam Shalamov are two of the best-known Gulag writers. After a short period of personal acquaintance, their lives and views on literature took different paths. Solzhenitsyn did not see a literary program in Shalamov’s works, which he describes as “a result of exhaustion after years of hard labour in the camp”. By understanding the text as a “result”, Solzhenitsyn critically touched on a concept of evidence, which Shalamov several times emphasized as important to his own works. According to Shalamov, instead of the text being a re-presentation, it should be an extract from or substitute for the real or the factual, by which his Gulag experience became present once again. Concepts such as “document”, “thing” and “fact” became important for Shalamov’s self-identification as a modernist. At the same time, Solzhenitsyn, viewing his own task as one of restoring historical experiences of the Russian people and trying “to explain the slow course of history and what sort of one it has been”, assumed the dual role of writer and historian, which inevitably raises the question of what characterizes the borders between fact and fiction in his works. It also raises question about dichotomies of historical and fictional truth.