If we really want to understand – and do something – with anti-immigrant sentiment on the local level, we should dive under the surface. There is much more to it than just right wing attitudes. 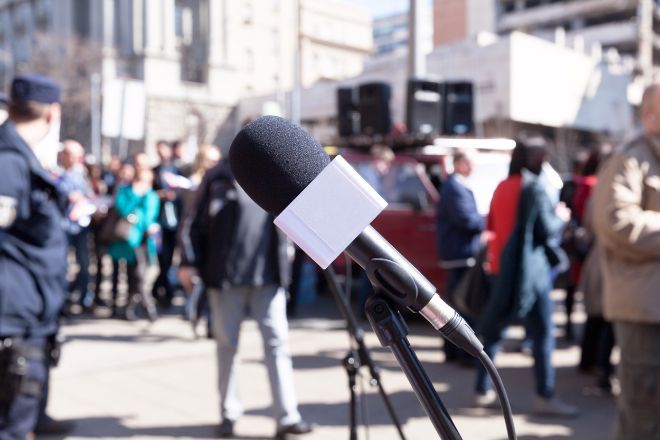 People's distrust in politicians is often one of the reasons for local protests.

When people in a small community are protesting against a new asylum center, it would be too simplistic to label them all as racists or explain it with the increased influence from right wing parties. Participants in these protests have sometimes quite different and individual reasons for joining in, and one of these reasons could be their quite legitimate discontent about their individual circumstances. There is something else: discontent comes often when people no longer trust the authorities, and this is because they genuinely perceive that they have not been consulted before decisions are taken.

These and other findings comes from a study carried out by Iris Beau Segers who has defended her PhD thesis "Not in My Backyard: A story-based local approach to anti-asylum-seekers’ centre mobilization in the Netherlands" at the Department of Media and Communication, Faculty of Humanities, University of Oslo.

"This thesis brings us new knowledge about why people do engage themselves, it brings nuances to our understanding of the anti-immigrant sentiment, and none the less shows how storytelling can be a mobilizing force for this type of protest movements", first opponent professor Katherine Cramer (University of Wisconsin-Madison) said during the disputation.

"This study is especially important in times when there have been raised doubts about the democracy’s viability. It gives us insight into what motivates people to participate in the local protests, but it also shows that local protests have a lot in common", she underlined.

More nuances than we think

You can be discontent with how teachers are following up on your kids’ progress in the school, and you can think that the authorities are not doing a good job. But when you, at the same time, see that newly arrived asylum seekers are seemingly receiving special treatment from the same authorities, you will probably feel that you were treated unfairly.

You live in a neighborhood which, after having lived with violence for several years, finally has got things stabilized. Even if you just moved in, you hear stories about the past. Then you suddenly hear that there will be a center for asylum seekers in your neighborhood. And asylum seekers, if one should trust media and stories which you hear and share, are mostly Muslim men, and well-familiar with violence as well. Even if these stories are far from true, they will make some impression so that you make the following mental connection: what if this center brings back on us violence and unrest?

You and your neighbors describe (and perceive) your community as a little enclave, a kind of a “village”, but a village which in many ways has been “forgotten” by the authorities. When the same authorities decide to establish a center for asylum seekers in your community, it will look like another sign of the authorities “playing for the other team”, but you will direct your anger not only towards the abstract authorities, but also towards a very specific project – the center.

"These examples show that although there is racism involved in these protest movements, some of the participants have quite other reasons for joining in than anti-immigration attitudes. It can be a feeling of being unfairly treated by the authorities. It can also be some community history about past events, events which suddenly get a new actuality in a new context. Or it can be a reinforced feeling of «us» and «our community» being overridden by «them», in this case, by the authorities", Segers said.

Segers showed that when people living in the same neighborhood share information and stories with each other, and none the less, when these stories are being mediatized, something does happen. Say that you hear the stories about how authorities and politicians have overridden your community, and when you hear them again and again, they become a kind of a “truth” which “helps” you to make sense of the world out there, but they also can motivate you to act.

The thesis is based on a study of an anti-AZC movement (protest movement against the establishment of an asylum seekers’ centre) in a local community in Rotterdam. Segers interviewed both people in the community and representatives of the authorities. She says that though the study is focused on a local event, it gives some clues to politicians and authorities, especially when they are preparing a potentially unpopular decision. Although in this particular case, protest occurred in an area in which many vote for the radical right, there was also widespread apathy and distrust towards all politicians.

"It remains important to be aware of the community-level stories that inform particular instances of mobilization, rather than assuming that all anti-AZC protest movements are informed by similar, radical right political ideas"

Source: "Not In My Backyard", PhD Thesis, Iris Beau Segers

According to Segers, people repeatedly mentioned that they perceive a huge gap between themselves and the authorities, and they feel they have not been heard. Segers argues this is a difficult issue for local governments to address, as authorities need to find a balance between opening up a space for inhabitants’ expression of opinions and emotions, whilst at the same time safeguarding the boundaries of a respectful and inclusive open debate.

There is however a difficult balance between grievances based on legitimate problems and local issues, and grievances based on discriminatory and exclusionary views, Segers warns: "Such a forum should also be open for everybody who wishes to speak, not only for those who oppose the construction of an asylum seekers’ centre. But how to make such a forum work, is really a good question which requires a lot of thinking and a lot of work".

Authorities should also be consequent about making factual information public and make the decision making process both inclusive and transparent. It is important to acknowledge people’s frustrations and name them explicitly when the alternative decisions have to be presented.

"You should find the way to reach out to various groups and engage them in a discussion before the decision is taken. Even when some form of protest is ultimately unavoidable, local governments have the responsibility to address legitimate grievances that might underlie them", Segers says. "Overall, to find out what really lies under the surface of anti-immigration protests, we face the difficult task to detangle legitimate grievances from anti-immigration backlash".

The article is based on a records from the public defence of Iris Beau Segers' PhD thesis which took place on the 10th of June 2020, at the Department of Media and Communication.