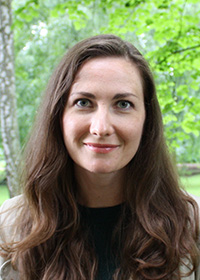 “There’s always been this idea that each new advancement in communication would “bring the world closer together.” It’s an idealistic idea that we now see being adopted by many tech companies – just look at Facebook’s mission statement. But the borderlessness of the web is more complicated than that. The same features that might bring the world closer together might also facilitate foreign influence in elections, drive insular thinking, and promote the transnational exchange of misinformation.

In my research, I’ll be looking at how the use of these social media platforms expands the traditional borders of the public sphere, how communities – or what might also be called bubbles – form transnationally, and how people participate in cross-border circulation of political ideas and movements online, whether it’s #MeToo or Pepe the Frog. I’ll specifically focus on the Scandinavian countries, which have robust national public spheres, but also have a history of being globally minded and whose language skills allow them to move easily between national and transnational discourses.

I worked as a journalist in the United States for about a decade, mainly reporting for NPR stations from rural parts of the American West, where I also grew up. Journalism was undergoing a transformation during that time. Reporters could no longer claim to be the sole conduit for people to voice their opinion to a mass audience. I became interested in the way the internet, and social media platforms in particular, were giving people a place to tell their own stories on their own terms and helping them find others “like them” – in both ways that we might want and not want.

In my spare time, you can find me enjoying the beautiful Norwegian outdoors in its many seasons (I believe there are more than four here), listening to too many podcasts (audio, the superior medium), browsing second-hand stores (they’re like little museums of the mundane), and doing my best to nail the difference between the Norwegian “u” and “o” (I’m told this difference is important).”