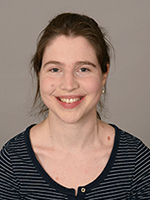 My doctoral project scrutinises polyphonic music associated with the papal courts of the Great Western Schism (1378–1417), a period of immense controversy in ecclesiastical and secular politics. There are about thirty extant musical compositions, whose newly created, mostly Latin, poetic texts refer to the papacy in various ways. In the form of selective case studies, I aim to elucidate how the repertory engaged with current events in order to delineate its performance contexts and audiences. Central questions of the music-textual analyses are: what inspired the poems and who could understand their message? How and with what effect were they set to music? And how, when, and why did this music circulate in society?