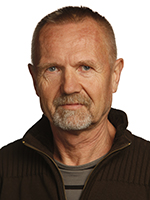 I have my background from the Norwegian music industry and have worked as a record- and music producer and studio engineer since the late 1970´s.  After graduating from Teachers Training College in Bergen I started working in recording studios, first in Bergen, later mostly in Oslo. I have had the honour to work  with artists like Anne Grete Preus, Steinar Albrigtsen, Jonas Fjeld, Jan Eggum, a-ha, Lillebjørn Nilsen, Bjørn Eidsvåg og Brazz Brothers.

In the years 2005-2009 I took a time-out and travelled the world by sailboat, something that, among other things, resulted in a renewed curiosity and interest in the vast developement and new possibilities in music production.