Public defence: Human voices may not be bound by the limits of attention

Master Merve Akça at the Department of Musicology will defend her dissertation Attending to Sounds In the Blink of An Eye for the degree of philosophiae doctor (PhD). 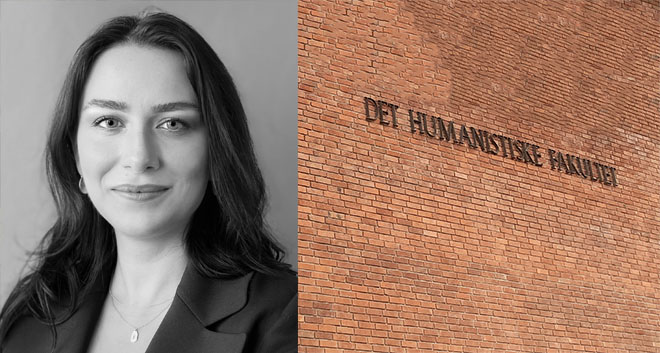 Close your eyes and listen attentively to the sounds around you. Which sounds capture your attention the most?

In her doctoral work, research fellow Merve Akça at RITMO Centre for Interdisciplinary Studies in Rhythm, Time and Motion investigated whether humans are particularly attentive to human voices.

Thirty years of research in cognitive psychology suggests that most people temporarily fail to attend twice to things (such as letters, digits, images, and sounds) presented, among other things, within a brief time window.

- I was curious to find out whether human voices can surpass this failure of attention because of their significance for us humans. Therefore, we tested if human voices are special in how we attend to them, she says.

Akça’s thesis shows that even when compared to sounds similar to voices, voices rarely go unnoticed.

- In one of our studies, we asked if participants could hear specific sounds, either human voices, cello sounds or dog barks, which were presented in a rapid stream of distractor sounds. We selected cello tones because of their acoustic similarity to voices, and dog barks because they are also biological sounds just like human voices, Akça explains.

Earlier research suggests that if people successfully detect a sound, they would fail to attend to the second sound if it follows the first one shortly after.

- In general, people had little difficulty engaging their attention twice in a short time window, especially with regard to detecting voices. It seems that not all sounds are strictly bound by the limitations of the human attentional system, she adds.

Why may this be? It is likely that evolution has shaped our attention to be particularly sensitive to voices, because quickly and accurately responding to voices may have helped solve problems in ancestral situations, for example those that related to survival and living in groups.

Her research findings suggest that although it may be difficult to rapidly adjust our attention to changing stimuli, our auditory attentional system can in fact be quite flexible. Attention is a limited resource, but the context surely matters.

The defence took place in Forsamlingssalen, Harald Schelderups hus on 25 November, 12:15 p.m. A recording of the candidate's thesis introduction can be seen here:

The candidate's trial lecture was given on 25 November, 10:15, on the following topic: "Attention to sounds - theoretical frameworks and applied perspectives in music psychology". A recording of the trial lecture can be seen here: