Master Marek Susdorf at the Department of Musicology will defend his dissertation Musicolonialism in Suriname: Sonic Contributions to the Construction of the Category of the Human and Its Others for the degree of philosophiae doctor (PhD). 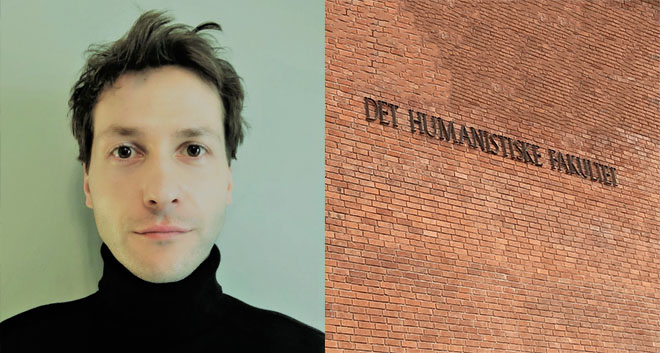 Marek Susdorf's thesis demonstrates that studying music and sound adds transformative details to the existing histories of coloniality and to the widely accepted understanding of the category of the human. Susdorf examines here the history of Suriname, a country in South America that was for three centuries a Dutch colony. This period witnessed the construction of a particular perception of the human in Europe—the elevated category of White, Christian, propertied Man, central to establishing and maintaining colonial conditions of production. By investigating archival and library material, Susdorf shows that music and sound played pivotal roles in these processes and that the exploitation of peoples of African descent in Suriname was manifested in various sonic colonizing tactics: (1) an early modern legal prohibition of cultivating sound-oriented practices by enslaved people; (2) a post-Enlightenment colonial control of their performances and dances and an imposition of European music on them; (3) a mass extraction of sonic traits from colonized peoples in the 1900s by comparative musicologists and ethnomusicologists. These tactics constitute a broader history of what the thesis calls musicolonialism, which labels various manners of how sound was utilized by colonists to enforce their authority and exploit non-White peoples. The analysis of musicolonialism presented here demonstrates the dynamic nature of European born colonial power, which through management of sound and ideological manipulations of the boundary between human and nonhuman has allowed the West to advance its cultural and economic authority up to this day.

Marek Susdorf  successfully defended his dissertation on May 20, 2022.

Designated topic: “Musical legacies of slavery in the contemporary Caribbean and the global north and south divide”