We no longer listen as we used to

Music is not notation. Music is about the body, about how we create and listen. But how do we listen to music nowadays? Are we about to forget what it means to really listen? Researchers fear that this is so. 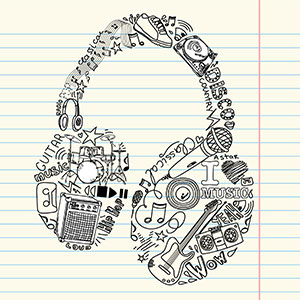 Starting fall semester 2014, the Department of Musicology offers a new course that explores how we listen to music. Illustration: Colourbox

When music is everywhere and is your constant companion ‒ old and new genres, often as a compilation, and ever more frequently heard via headphones ‒ when music has become a product, how then do we listen?

“There are many ways of listening, and it is important to be open to these different ways. The musical experience is subjective,” states Alexander Refsum Jensenius, head of the Department of Musicology at the University of Oslo.

“However, listening is not the same as hearing. Listening attentively is something active and conscious. Moreover, a musical experience is multimodal ‒ all the senses are involved, the whole body plays a part.”

“Nowadays, real listening is under pressure,” he points out. “We live surrounded by a lot of noise. It is often difficult to find silence, and this leaves its mark on us.

I conducted an experiment a while ago, by arranging a Norwegian championship in standing still. The participants were supposed to stand completely still for ten minutes, and for parts of that time in complete silence. Many of them found it to be an insurmountable task.

Music is so multifarious, and its diversity is greater than ever before. Some music demands full concentration, and something is lost if we do not listen to it properly.

It has become difficult just to find a space for good listening. Three-dimensional listening, such as in a concert hall, is an experience of both the acoustic and the spatial. Listening to the same music using headphones is, of course, something quite different. In the three-dimensional space, music comes alive again. You need the body in order to understand,” says Jensenius.

Musicology has taken a new direction

In other words, it is time to reclaim the listening experience and to pay more attention to it in musicology. And no sooner said than done. Now researchers at the University of Oslo are encouraging more critical thinking with regard to both creating and listening to music. 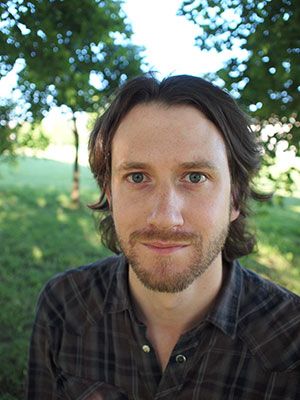 “A strong focus on listening now permeates all that we do here at the department,” says post-doctoral fellow Peter Edwards.(Photo: UiO)

“Musicology has taken a new direction,” says Peter Edwards, a postdoctoral fellow in the department. “Both internationally and here at home, there is no longer the same emphasis on notation and the reading of musical scores. The shift away from a focus on the musical work and on score analysis started in the 1980s in the United States, and then in England.

We generally speak of a wave, a new way of thinking in terms of musicology. For example, there has been a great emphasis on music and identity, music and gender, and cultural studies. But listening has not featured to the same degree as a discipline in its own right,” says Edwards.

“Of course, creating and listening are closely linked,” he points out. “But how? And do we listen in different ways to different types of music? Yes, apparently. But why do we do that? And how has music from the 20th century and up to the present day changed the way we listen?”

Addressing the diversity of reality

“Music is abstract, but at the same time very physical. If we had all the answers to what music is, to what it means to create and listen, we would not be researching it,” Jensenius reminds us.

“In the past, we had a musicology textbook that defined five ways of listening. This is an approach that we are trying to rid ourselves of. It is obvious that today we listen in a different way than we did a century ago, because we listen with a contemporary ear. But what does that mean? And how do different listening experiences influence each other? We would like to know more about this.”

“What is important is critical thinking,” Edwards points out, “and that the starting point is not the musical work, but the musical experience. Therefore much of it is about raising awareness around how we listen.”

We want to address the reality in which we live, where popular culture and folk music and other genres are combined and developed into new phenomena. There are many different cultures of listening, but we often relate to them subconsciously.” 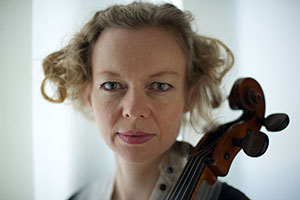 “Music is also performative,” says Tanja Orning, substitute associate professor. “Musicology has more in common with theatre studies than with literary studies, but music as performance is a discipline that is at the starting blocks,” she says.

“Listening is undergoing continuous change and is influenced not only by the music that is being listened to, but also by changes in society in general,” asserts Tanja Orning, substitute associate professor at the department.

“Cultural, sociological and historic factors all have a part to play,” she says.

“Music today is also part of general noise pollution. It is misfortunate that listening is not taken seriously enough. Listening to music requires effort. It is deadly serious, at least to some people. I fear that proper, concentrated listening with the whole self is about to be lost. That is one of the main reasons why we now offer students listening as a new, research-oriented subject.”

You no longer need to be able to read music

This autumn students at the university will be able to choose a subject which covers music from the 20th century. A wide range of genres will be listened to, from James Brown to Lachenmann, from Ligeti to The Beatles, from Mahler to Nordheim, and beyond to Nordic folk music.

“And they do not need to be able to read music for this?”

“No. Anyone can study this subject. You only have to be interested in listening to music,” says Tanja Orning, who will teach the anatomy of sound and the intersection between the body and the instrument.

“We are moving away from the chronology that has previously been central to music history. Instead we are presenting different genres for comparison and posing questions such as: What is listening? How do performers and composers use the experience of listening in the creative process? And can music influence reality?”

“Musicology differs from many other disciplines, because all the researchers are also experienced performers,” says Jensenius, who himself plays piano and electronics. Edwards is a guitarist and composer, and Orning is a cellist and composer.

“And everyone has his or her own experience of music, while at the same time there is much in common. Listening also becomes a creative act,” says Edwards.

Subject in musicology taught in English and starting fall semester 2014.

For bachelor and master students: 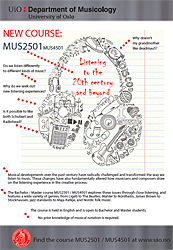