Prisoners in the Filipino prison were lined up, dancing along to “Thriller”. “Music is an effective way of exercising force”, says researcher Áine Mangaoang. 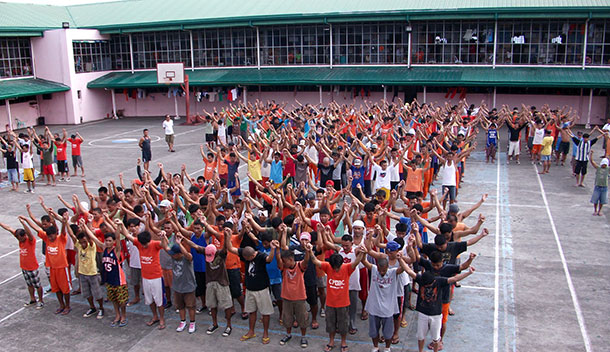 Perhaps you remember this bizarre dance video from 2007? The video of 1,500 Filipino prisoners dancing to Michael Jackson’s “Thriller”? The video was very popular and millions watched it on Youtube.

The dance performance took place in a prison on the Filipino island of Cebu. The purpose was to showcase the island’s proud dance tradition, but was the music also used to oppress the prisoners? Postdoctoral researcher Áine Mangaoang has visited the prison on Cebu to find answers. She did her last round of interviews in June this year.

“The prisoners who participated in the dance video in 2007 were not given a choice. Many were forced to participate, and those who refused are said to have been violently punished”, says Mangaoang.

According to staff and inmates in the Cebu prison, dancing is voluntary today. However, things were different in 2007, and Mangaoang believes that Michael Jackson’s “Thriller” was used to oppress the prisoners.

“Music is an effective way of exercising force. Even though many people enjoy dancing, this is not true of everyone. By forcing all prisoners to dance, they used music to oppress the prisoners”, Mangaoang says.

The same song for 30 hours

That music can be used as a negative force against people is not new. Repetitious and deafening music has been used as an interrogation technique and non-physical form of torture for a long time.

For example, at Guantanamo the American authorities are said to have played “We are the Champions” by Queen for a continuous 30 hours to get suspected terrorists to break down.

“Music is itself a very powerful force. There are millions of examples of the positive impact music can have in our lives. But like all powerful forces, music can also be used in a negative manner”, says Mangaoang.

She believes that many people underestimate the seriousness of using music in the exercise of force. She thinks that the positive response to the dance video from 2007 shows that music impacts how we perceive reality.

“If the Filipino prisoners had been forced to do the same movements without music, many more people would have been critical of the situation. The music covered up the force being used”, she says.

Mangaoang wants to examine the use of music in prisons in other countries as well. She is now also interested in Norway. She thinks that the absence of force is critical for music to be a positive tool to use with prisoners.

“It is difficult to get people to be positively involved if they are punished for not participating. Music can play such a positive role in peoples’ lives, but it is important that we not underestimate its negative potential”, she concludes.