A New Ibsen for Penguin Classics

– The New Penguin Classics Ibsen edition aims at being the best and most accurate English-language edition of the playwright’s works available, says general editor Tore Rem. 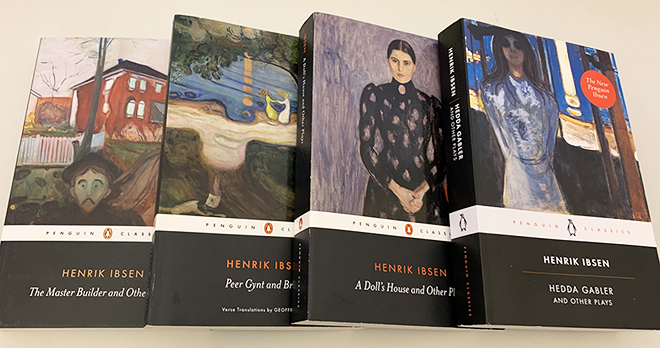 In 2008 Penguin Classics began the ambitious project of renewing its Ibsen titles. By then it was 50-60 years since the last editions had first been published, and they had been kept in print without revisions since. The project was to include new translations of the 12 ‘social problem plays’ or ‘prose dramas’, in addition to a volume containing the renowned poet Geoffrey Hill’s (1932-2016) translations of Brand and Peer Gynt.

With the publication of the volume called Hedda Gabler and Other Plays, the project has now been completed.

– This new English-language edition of Ibsen is the first to be based on Henrik Ibsens Skrifter (Henrik Ibsen’s Works), the critical edition which was produced at the University of Oslo (2005-10; web edition: ibsen.uio.no), Tore Rem notes.

Rem is a professor of literature at the University of Oslo and has been the new edition’s general editor.

– The new Penguin edition has aimed at becoming the best and most accurate English-language edition of Ibsen available, he says.

Penguin Classics is one of the central guardians and maintainers of the literary and dramatic world canon. It is therefore something of an occasion that Ibsen is finally available in a completely new edition in this series.

The four volumes of the new edition are as follows:

The work has been supported by the Centre for Ibsen Studies and the Norwegian Ministry of Foreign Affairs.