Multilingualism and patterns of language use in Gamo: implications for language policy decisions

Almaz Wasse Gelagay (Kotebe University of Education) will give an open talk about multilingualism and patterns of language use in Gamo. 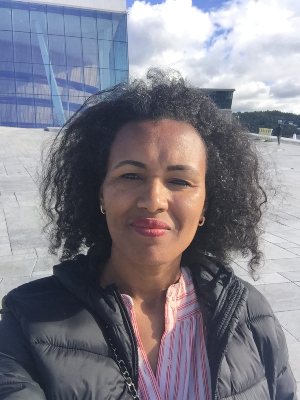 Gamo refers to an administrative area located in South-Western Ethiopia, a multilingual East African country where more than 85 languages are spoken (Lewis, 2009), to the people and their language. People in Gamo are multilingual in their native language Gamo, an Afro-Asiatic Omotic language spoken by 1,070,626 people (CSA 2008, p.91), in Amharic a lingua franca and in English in the education and business sector. Recently, linguistically significant developments are happening both at the Federal and regional levels of the country. The Federal government has planned to introduce a new language policy to use five languages in state services. This decision will likely influence the language practices at all levels of administration. In addition, the Southern Nations Nationalities and People’s Regional State (SNNPR) of the country is being divided in to different regional states where speakers of diverse languages come together. These new scenarios have brought the issue of language policy in to discussion. Decisions concerning language in education and other domains should be informed by studies of language use like this one. Hence, the endeavor of this research is to describe language use patterns of Gamo-Amharic bilingual speakers in different domains. It specifically attempts to see which language (Gamo, Amharic or English) is used where, location or domain, and with whom, addressee (Holmes 2013, p. 21), and if the language of education policy (1994) that has been in place for over 25 years has brought any change on the language practices of speakers. To this end, quantitative data were collected from 95 participants whose age ranged from 18-56 years old via a sociolinguistic questionnaire. Individual interviews and focus group discussions were also held with 21 students and teachers. The findings indicate that the Gamo language was used mostly at the home domain with grandparents and parents and with intimate friends, in market places and in shops. Gamo was also used in situations where speakers had to express emotions as for praying, blessing, cursing, when angry and surprised. Amharic was used in settings outside the home like in office communications, in public transports such as buses and taxies and in shops as well. Amharic was also used to write personal or educational materials, to read books, and to listen to music mostly since electronic and paper publications were not sufficiently available in Gamo. Writing in Gamo was also perceived to be taking more time and space for personal use due to presence of gemination, vowel length and diagraphs in the orthography.

Almaz Wasse Gelagay is a faculty member at Kotebe University of Education in Addis Ababa, Ethiopia. She has got her PhD in Linguistics, specifically in Sociolinguistics from Addis Ababa University in 2017. Her research areas include, but not limited to, language policy, language learning/teaching and multilingualism, and language use in multilingual contexts. She has been a long-time collaborator of Center for Multilingualism in Society across the Lifespan (MultiLing) since she was a PhD student in 2014. She is now a visiting researcher at MultiLing.