UiO Faculty of Humanities Center for Multilingualism in Society across the Lifespan
Main navigation
Back to uio.no
Sub navigation Menu
News and events > Events > Guest lectures and seminars > The Einar Haugen Lecture > 2018 > “Art is not an intellectual way of thinking” – Poetics and the ecology of language

This year's Einar Haugen Lecture will be held by Ana Deumert (University of Cape Town, South Africa), who has made significant contributions to the field of sociolinguistics, especially through her emphasis on southern and decolonial perspectives on multilingualism. Open lecture.

The lecture was streamed live, and can be watched by clicking the video above. 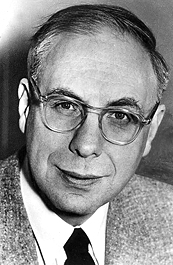 Einar Haugen was a pioneer in research on multilingualism, and his publications on the Norwegian language in America are amongst the classics in the field. Though known for his work on linguistic aspects of multilingualism, Haugen did not see language as a decontextualized and static entity, but rather as deeply embedded in human life and activity. He called this the ecology of language, defined as “the study of interactions between any given language and its environment”. This is evident in Haugen’s publications on art, particularly in his extensive work on Ibsen.

In her lecture, Deumert will look at Haugen’s ‘ecological questions’ from the perspective of art and poetics. Deumert’s lecture will bring Haugen into our times, and speak with him and through him from a southern and decolonial perspective.

“Art is not an intellectual way of thinking” was the title of an exhibition of American Beat Art at the Kunsthall in Kristiansand, Norway, in 2014. The exhibition showed the collection of the Norwegian physician Reidar Wennesland, who lived and worked in the United States in the 1950s and 1960s, and who had established close connections and friendships with many of the Beat artists in San Fransisco. It is a story of American-Norwegian intellectual connections.

The sociolinguist Einar Haugen began his career as a linguist around the same time, in a different part of the United States: first Wisconsin and then, from 1964, at the East Coast. Haugen published The Norwegian Language in America – A Study in Bilingual Behaviour in 1953, Bilingualism in the Americas in 1956, and Language Conflict and Language Planning in 1966. This was followed in 1972 by the highly influential book The Ecology of Language. This too is a story of American-Norwegian connections.

Art and sociolinguistics are the topics of this lecture in which I will reflect, especially, on Haugen’s idea of language as an ecology, that is, as a structure of relations. I will put this work into conversation not only with the artistic movements of the time, but also with on-going work on multilingual aesthetics, as well as Haugen’s own publications on art. Of particular relevance is his work on Ibsen (Ibsen’s Drama - Author to Audience, 1979) and – co-authored with his daughter Camilla Cai – the biography of the Norwegian violinist Ole Bull (Ole Bull: Norway's Romantic Musician and Cosmopolitan Patriot 1993). Looking at Haugen’s ten ‘ecological questions’ from the perspective of art and poesis, allows us to reconceptualize work on the politics of language, and to expand on Haugen’s passing comments about ‘the psychological situation’ of language as part of its ecology.

Ana Deumert is Professor at the University of Cape Town and head of the linguistics section at the School of African and Gender Studies, Anthropology and Linguistics at the same university. Her research interests are within the broad field of African sociolinguistics and has a strong transdisciplinary focus, and she has previously published within areas such as historical sociolinguistics, language contact, language and migration, language and economy, as well as sociolinguistic theory. Deumert's substantial contributions to research are partly due to her interdisciplinary perspective, with a particular attention to economics, anthropology, and sociology. Her current research explores the use of language in global political movements as well as the contributions decolonial thought can make to sociolinguistic theory.

Read more about Ana Deumert on her staff page at the University of Cape Town (external link).